MD Skymet, Jatin Singh: After break monsoon, revival likely as good rains to lash most parts of India. Rains to pick up pace in Mumbai as well 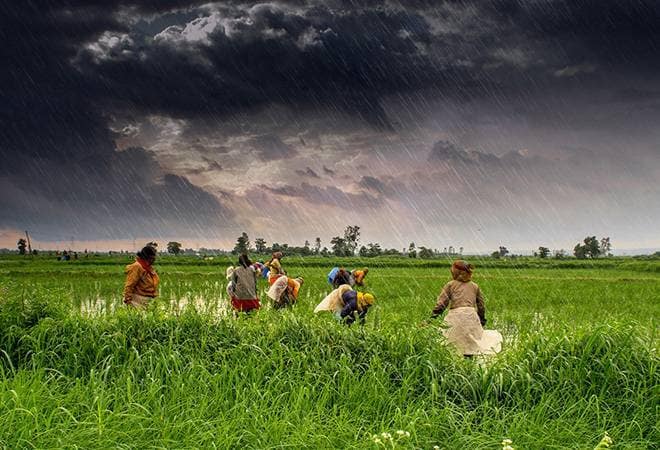 The Break Monsoon period is almost over and its revival symptoms can already be seen in the form of heavy rains in Kerala. In the next 24 hours, rains will start in some more parts of the country thereby creating active Monsoon conditions. This spell of rain with very short breaks in between will last for the next 10 days, which means until the end of the month.

During this period the entire country is going to observe light to moderate amounts of rain, with heavy in pockets. Areas like Rajasthan that have not witnessed rains for quite a while will also witness weather activity. The Northern Limit of Monsoon (NLM) made progress on Friday (July 19) to cover the last post of the country, which clearly states that the Southwest Monsoon has again entered an active phase now. 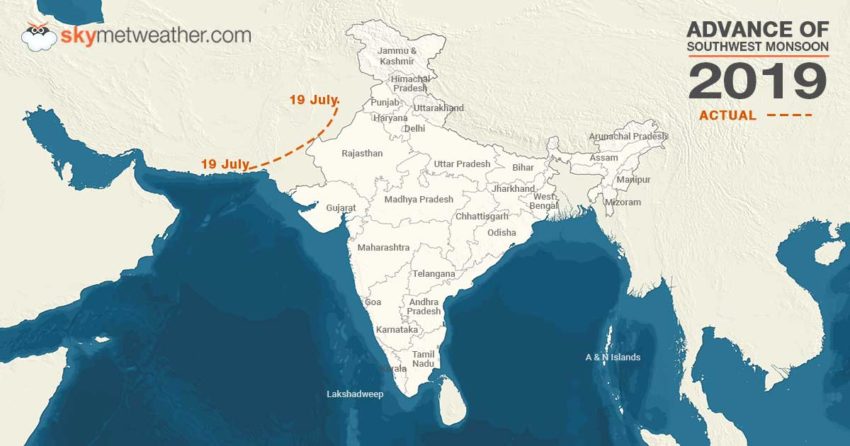 Unlike June the month of July started on a good note due to which the countrywide rainfall deficiency (June 1 to July 13) dropped to settle at 12% from 33% on June 30. But due to the Break Monsoon period from July 14, the deficiency kept mounting and it now settles at 18%.

If we talk about July alone the deficit for the month is not going to be high. According to the rainfall data available with us, the shortfall in July currently stands at a meagre 2%, which is only going to improve with the coming spell of rain.

In the next 10 days, we will definitely see Southwest Monsoon giving good amounts of rain in most parts of the country. Places like Rajasthan, Marathwada and Vidarbha will also observe some decent rains during this period.

Between July 22-25 there could be heavy rain in Bihar and East Uttar Pradesh. Entire North Bihar starting from West Champaran and extending up to Kishanganj and Purnea may record heavy to very heavy rains during this period.

Some districts in North Bihar like Siwan, Gopalganj, Chapra, East Champaran, West Champaran and Sitamarhi are already bearing the brunt of recent floods. Paddy, Maize, Sesame Seed, Tur and Urad crops in these areas are completely submerged underwater. And the forecast of another heavy spell is going to make matters worse for this part of the state.

While on the other hand, pockets of South Bihar like Bhojpur, Rohtas, Gaya, Aurangabad and Nawada are facing severe drought conditions and crops are in dire need of water. So any amount of rain here would prove to be a boon for this region.

There is some good amounts of rain expected in Northeast India as well. The state of Assam may record heavy rains during this period. Isolated pockets of the state may be a witness to extremely heavy rains. So there is definitely a need to remain cautious.

Rain to get intense in Mumbai

A couple of weather systems like cyclonic circulations and troughs are going to form in the next ten days. These systems will be very vital in giving rains to the entire country.

Mumbai, where rainfall at the moment is confined to pockets will witness rains getting a little widespread and intense during this period. Mumbaikars be prepared rainfall to pick up significantly after the 25th of July.