After coldest day of century, Delhi NCR all set to see some rains on first day of the year 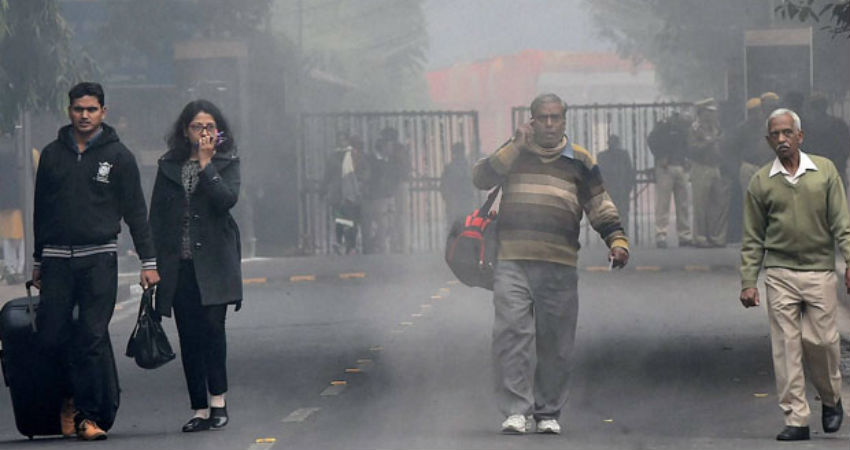 After recording lowest maximum of the century on December 30, which was 9.4 degrees Celsius, now we expect a rise in temperatures today. Moderate easterly winds have caused the dense fog to lift, unlike yesterday wherein several flight delays were seen across the national capital.

The fog belt has now shifted towards Punjab and Haryana and over southern parts of Uttar Pradesh and North Rajasthan. Today, visibility of Delhi has been better being at 600-700 metres in the morning hours causing no delays.

As the fog has lifted, the sun will come up today in the afternoon hours, leading to increase in the maximums. Moreover, today, the maximum temperature may reach to 12-13 degrees Celsius. Meanwhile, minimums continue to be on the lower side, and cold wave conditions have been continuing over Delhi and the NCR region.

Now, due to approaching Western Disturbance and induced Cyclonic Circulation over the northern parts of Rajasthan, cloud cover will be seen during evening and night hours. Isolated light rains may be seen during late night and early morning hours.

Patchy rains may be seen on the first day of the year as well, which is tomorrow. Rains may further increase on January 2, and on and off showers are expected to continue until January 3. Thereafter, the rain belt will shift towards the east and weather will clear up.

After the rains, humidity in the atmosphere will increase, which will be instrumental in increasing dense fog over Delhi NCR around January 4 and 5.