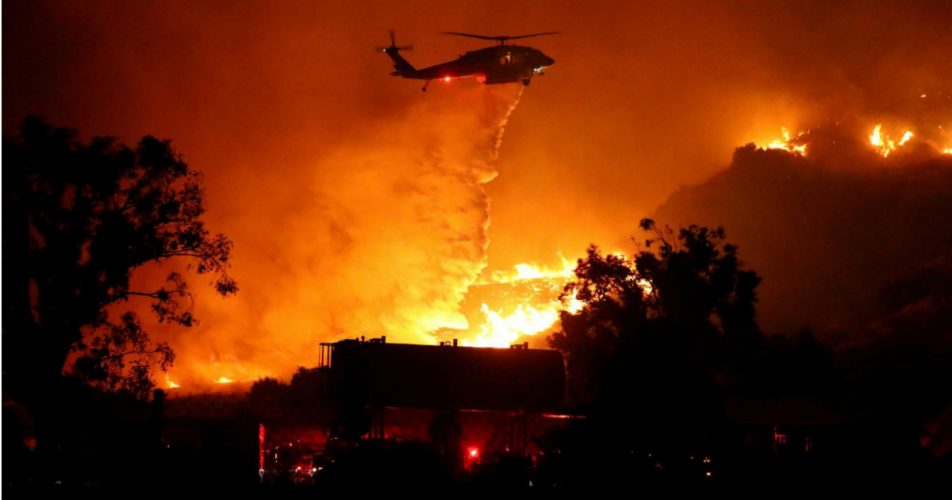 The ongoing California fires are only becoming massive by the day. Currently, a total of six fires have been identified in the district of California.

The biggest wildfires include Saddleridge Fire in Los Angeles, which has burned through 4,600 acres in just a few hours.

Already a person has lost his life while more than 100,000 residents have been displaced in Saddleridge wildfire spreading across the Los Angeles area, just one of six currently burning in California. Multiple residents have been asked to evacuate following the wildfires. 19 people have been treated for injuries in connection to the fire.

According to the authorities, at least one commercial building has been destroyed in the fire so far, while the number of damaged residential homes remains unfigured.

Also, the Saddleridge Fire has led to shutting down of multiple highways in the county.

Saddleridge wildfire is one of the deadliest fires in history. California experienced the most destructive wildfires in history just recently back in 2017 and 2018. The fires were further fueled by droughts, thick vegetation and extreme winds.

As the Saddleridge Fire continues to spread with the help of 60 mph wind gusts, the Los Angeles Fire Department has ordered a mandatory evacuation of an estimated 12,700 homes in Los Angeles.