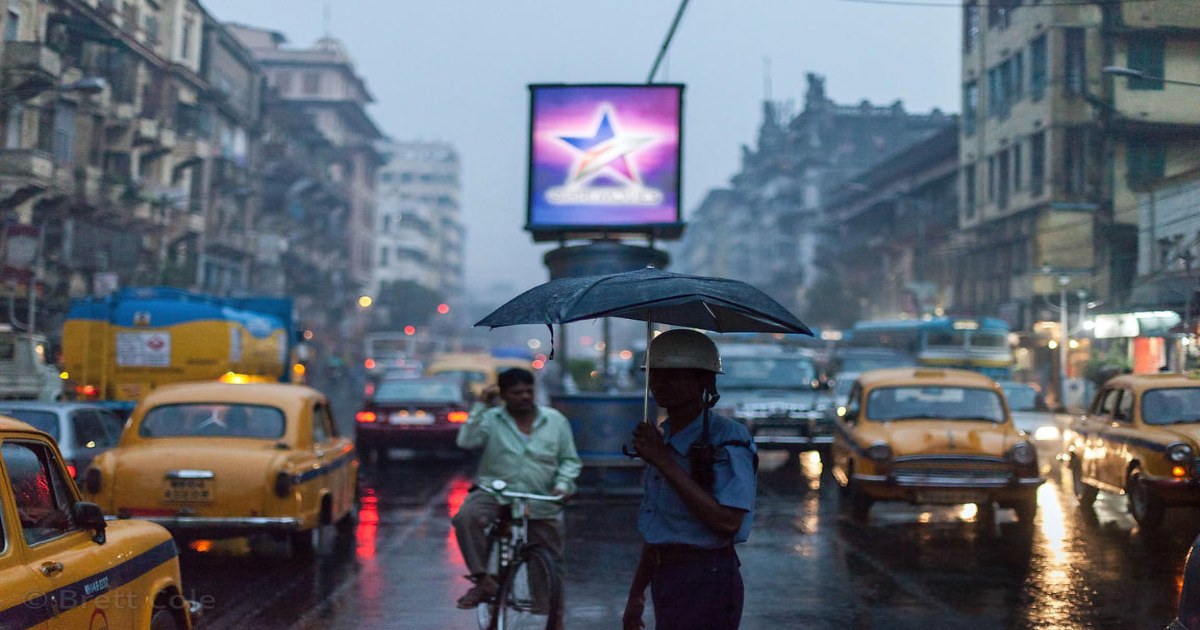 After prolonged spell of hot and sultry weather, Kolkata is now gearing up for heavy rains.  This change in the weather could be attributed to the Extremely Severe Cyclonic Storm Fani over West central Bay of Bengal.

Extremely severe cyclone Fani would continue to move north/northeastwards and cross Odisha Coast near Satpada and Balukhand area in Puri district during afternoon on May 3. At the time of landfall, the maximum sustained wind speed would be to the tune of 170-180 Kmph gusting to 200 Kmph.

Thereafter, Fani would further move in north-northeast direction towards West Bengal. But as the system would be now travelling inland it would start weakening. However, it would continue to sustain the strength of a cyclonic storm and thus would be able to give heavy to very heavy rains over several parts of West Bengal including Kolkata.

Talking about the city of joy, Kolkata in particular, the city and its nearby areas are all set to witness torrential rain and thundershowers along with strong gusty winds.

In fact, the outer periphery of the extremely severe cyclonic storm Fani is already covering parts of  West Bengal. Thus, light rainfall activity will commence over Kolkata today and the sky will remain partly cloudy. Gradually, from tomorrow i.e. May 3 as the system reaches Odisha, weather activities will start increasing over the city and its adjoining areas.

According to Mahesh Palawat, VP-Meteorology, Skymet Weather, "The reason of this increase will be attributed to the north/northeastward movement of the extremely severe cyclone Fani. Even though the cyclone will start weakening after making landfall. But still parts of West Bengal including Kolkata will get effected by the cyclone in the form of heavy to very heavy rainfall activity."

On May 3 and 4, we expect heavy to very heavy rain and thundershower activities accompanied with strong gusty winds to the tube of 40-60 gusting to 70-80- kmph and intense lightning strikes over Kolkata and its nearby regions. Such widespread heavy rains are likely to cause a lot of disruption in the form of local flooding, road blockage and traffic issues.

Further, by May 5, Fani will weaken and move towards Northeast India as a depression or well-marked low-pressure area. This will result in significant reduction of rains in West Bengal inducing Kolkata. Weather conditions will slowly clear up over the entire region.

May 6 onwards, weather will become almost dry, leading to increase in temperatures. During that time, weather in Kolkata will become sultry.