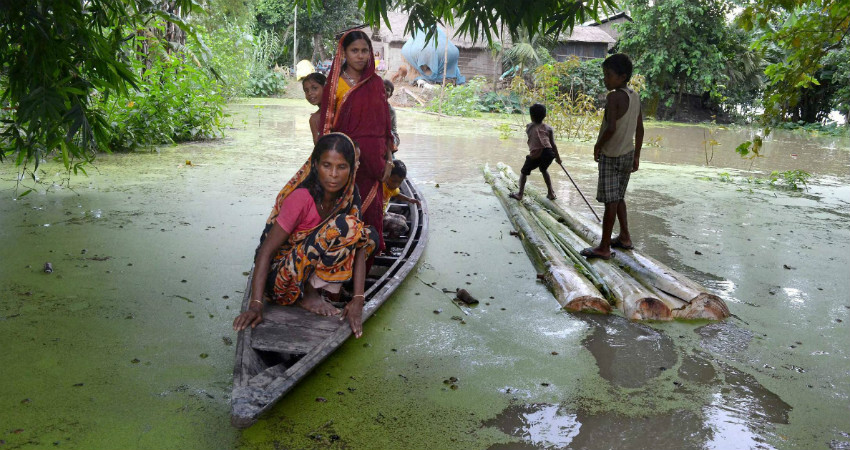 Pre-Monsoon intermittent rain and thundershowers are on rise across the states of Northeast India. Presently, a trough is extending from East Uttar Pradesh to Manipur and humid moderate winds are also feeding moisture to Northeastern states.

As per the experts, rains would increase over parts of Assam, Meghalaya and Tripura with extremely heavy rains over East Bangladesh.

Gradually, the rain intensity would keep increase by June 2 or 3. While, heavy to extremely heavy rains are possible over Bangladesh, Tripura, Meghalaya and adjoining South Assam. Around that time, a Cyclonic Circulation would develop over East Bangladesh and adjoining Tripura.

Already around 30,000 people have been affected by floods which have hit several parts of Assam as heavy downpours have been recorded in Assam and Meghalaya. Many villages in Jorhat district and in Barak valley’s Karimganj district are already been inundated by flood water. These continuous rains have increased the water level of River Longai, a trans-boundary river between India and Bangladesh. Also, the Singla river broke through many of the embankments and spilt into the nearby villages.

Last week, rising water from the Bhogdoi river washed away a part of its embankment near the Solmora area on Dhekargora road. The deluge submerged a vast portion of land rendering hundreds of families homeless. The embankment of river Bhogdoi, breached three areas between Malowpam and Malowkhat that resulted in large-scale flooding of villages nearby.

The experts are expecting that heavy to extremely heavy rains around June 2 or 3 would further aggravate the flood situation over many parts of Assam and Mizoram and Tripura. Bangladesh too would face the fury of these floods. The intensity of rains would rise between June 4 to June 7.