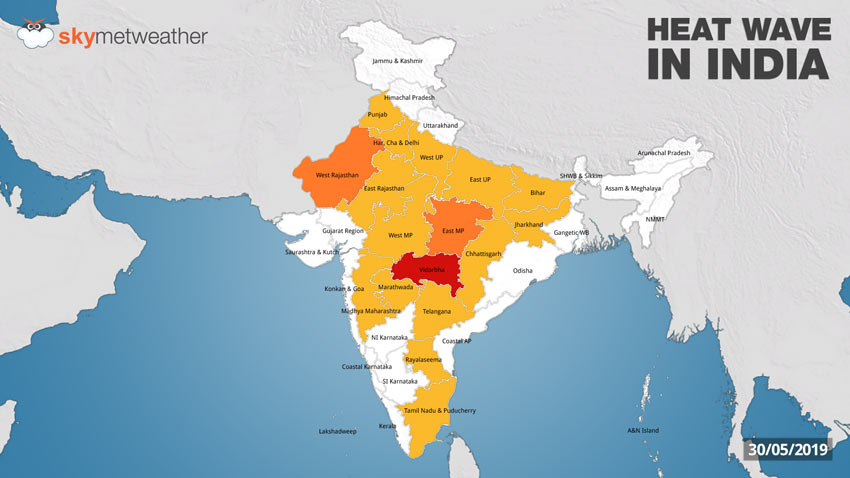 Most parts of the country have been put on a heat wave alert with heat wave being severe over parts of Vidarbha, West Rajasthan, along with isolated pockets of East Uttar Pradesh and eastern regions of Madhya Pradesh in the next 24 to 48 hours.

Chandrapur has observed its maximum at 48 degrees Celsius yesterday and has been the highest this season. Dry winds from Pakistan have been causing such high temperatures as temperatures are already close to 50 degrees over there.

Moreover, Vidarbha is on red alert until May 30 as temperatures refuse to take a backseat and rains will not make an appearance. Meanwhile, an orange alert has been issued for areas including East Madhya Pradesh and western parts of Rajasthan.

Conditions will continue to remain the same for these areas for the next couple of days as no rainfall activity is expected.