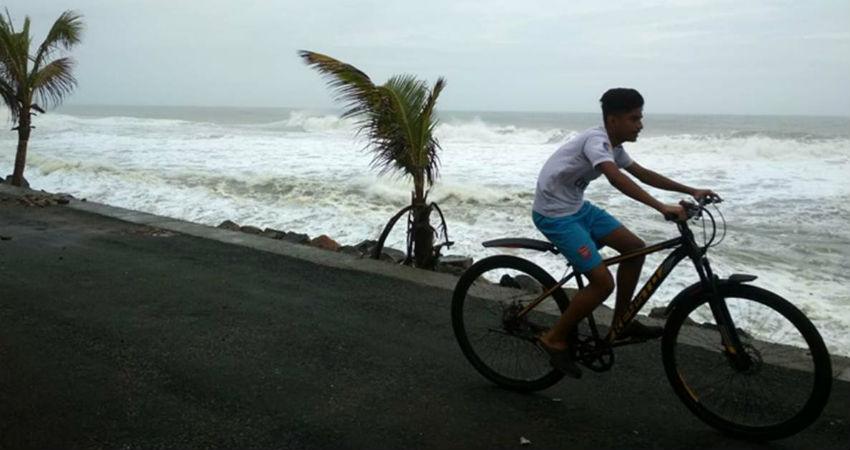 At present, an off-shore Trough is now extending from Gujarat to Kerala and is likely to become active over the Southern parts. Thus, the rainfall activity is now likely to enhance along the coast of Kerala.

During the last 24 hours, moderate rains were witnessed over coastal stations of Karnataka and light rains were persistent along the coast of Kerala.

Now, as the Trough is becoming active, the rainfall activity is likely to increase. Thus, Coastal Karnataka is likely to receive moderate to heavy rains at many places. Light to moderate rains are likely over extreme North Karnataka and in some parts of South Karnataka. Thus, places like Gulbarga, Belgaum, Gadag, Shimoga and Agumbe, may receive good rains in the next 24 hours.

In Kerala, places like Coonoor, Kozhikode and Kochi are expected to receive moderate rains at many places while Thiruvananthapuram (Trivandrum), Alapuzha and Pallakad might receive light to moderate spells. Even parts of Wayanad and Idduki might receive short spells of Monsoon showers.

The activity is further likely to increase in the next 48 hours and will enhance further. Kerala and Coastal Karnataka will continue to receive good spells of light rains in the next two days.

Weather update and forecast for April 12 across India