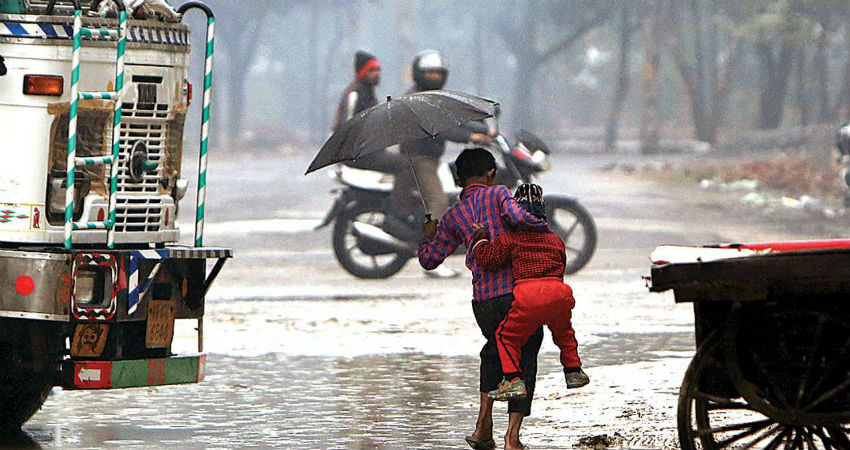 February, which is rather the rainiest winter month, has been dry for Delhi so far. The National Capital Territory has recorded nil rainfall until now against the normal of 22.1 mm.

This prolonged dry spell, however, is soon going to end as the weather models are indicating rain in Delhi during the next 24 hours.

These rains will occur in association with the Western Disturbance which is over Jammu and Kashmir along with its induced Cyclonic Circulation over North Rajasthan and adjoining region.

Under the influence of these systems, the wind pattern has already changed from northwesterly to south-southeasterly. These winds are likely to pick up more pace in the next 24 hours and blow with a speed of 30-35 kmph.

Clouds may start appearing from the later part of the day and winter rains are expected to commence by late evening or night today which may continue until tomorrow morning.

Due to cloud cover and subsequent rainfall, the day temperature in Delhi may drop by a couple of degrees and settle around 25℃. And the minimum temperature, which has already reached 13.6℃ today morning, is expected to rise even further (It may settle around 15℃).

Post this episode, the north-westerlies cold winds may resume leading to a drop in minimums yet again. But the temperatures will settle in double digits only.

Towards the fag end of the month, we expect another Western Disturbance to approach the Western Himalayas. This system might bring some more showers for the city.