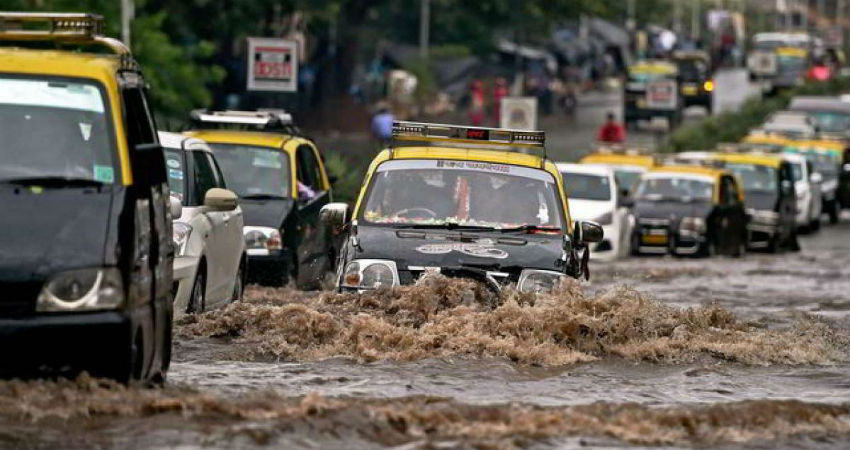 After a pause of one week, fierce monsoon is withering Mumbai and suburbs for the second consecutive day. The intense spell is likely to get extended for 48 hours or even more. A hattrick of triple-digit rainfall is expected to far exceed the monthly rainfall in the first week of August itself.

The opening month of June was a little disappointing with rainfall remaining short of normal by more than 100mm. However, July was furious recording all-time high with 6 days of century rainfall including the hattrick on 04th, 05thand 06th July. As expected, a fresh wave of extreme rainfall is lashing the city and neighborhood smashing connectivity and paralyzing rail, road, and air traffic. Astronomical high tide with a wave height of nearly 15feet in the afternoon hours is increasing the threat of waterlogging and inundation.

Currently, the coupled influence of 2 weather systems is resulting in this deluge for the financial capital: the formation of monsoon low pressure in the Bay of Bengal (now moved inland) and a cyclonic circulation over Northeast Arabian Sea, off Konkan and Saurashtra coast. The dual system is likely to persist for two more days causing heavy to very heavy rainfall. Relief can be expected from 07th August onward.