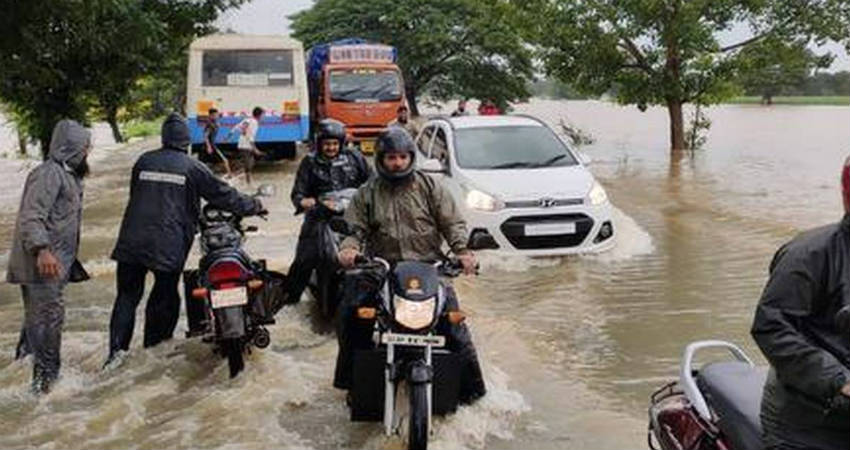 However, the rains have comparatively been less over Coastal Karnataka and the region is witnessing a deficiency of 12%, which is considered normal (+/-19 is normal).

These rains can be attributed to a Trough which was extending from the Comorin area up to the North Interior Karnataka between October 4 to October 10 with a slight oscillation from east to west.

During the last 24 hours, South Interior Karnataka has received moderate to heavy showers and now a wind confluence zone is likely to form over the interior parts of Karnataka.

Here, the dry north westerlies will merge with the humid easterlies between 700-500 hpa. The good rains are expected to continue over interior Karnataka. South Interior Karnataka, in particular, will see moderate showers with one or two heavy spells until October 17. Thereafter the intensity of rin will decrease.

Bengaluru will also get good rains between October 15 and October 18. Also, the Northeast Monsoon is around the corner as the easterly winds have already commenced over the Southern Peninsula in the lower levels.

Now the weather in Karnataka is expected to witness some wet conditions with places like Hassan, Haveri, Mysore, Bengaluru, Gadag, Bagalkot, Dharwad, Chamarajanagar expected to observe light to moderate spells with one or two intense spells between October 15  and October 18.