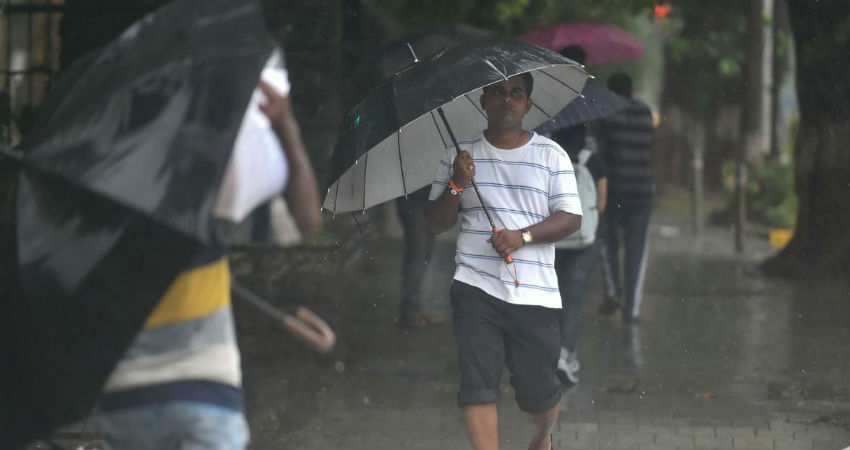 Monsoon rains of different intensities have been recorded in different parts of Mumbai and suburbs. On one hand, wherein Santa Cruz received only 3 mm of rain, on the other Colaba recorded heavy rain of 81 mm in a span of 24 hours from 8:30 am on Thursday.

The northern suburbs such as Palghar and adjoining areas also managed to receive heavy rain and thundershower activities. Likewise, good rains of moderate-intensity were observed over the eastern suburbs of Mumbai during the same time span.

According to the meteorologists at Skymet, the Cyclonic Circulation over North Madhya Maharashtra has moved further towards the Northeast Arabian Sea off South Gujarat Coast. Although the system would intensify into a Low-Pressure Area and later into a Depression, it would continue its westward journey, thus moving away from the Indian Coast.

Due to the system moving away, the threat of heavy rain over Mumbai and suburbs is ruled out, but as the Monsoon surge is still active, we expect Santa Cruz and western suburbs of Mumbai to observe intense spells of rain until today afternoon. This may lead to water-logging in some parts of the city. Meanwhile, the eastern suburbs will get isolated patchy rains only.

Throughout this episode, the sky conditions would be partly cloudy. Moreover, in the absence of significant showers, the temperatures would rise a bit leading to sultry weather conditions.