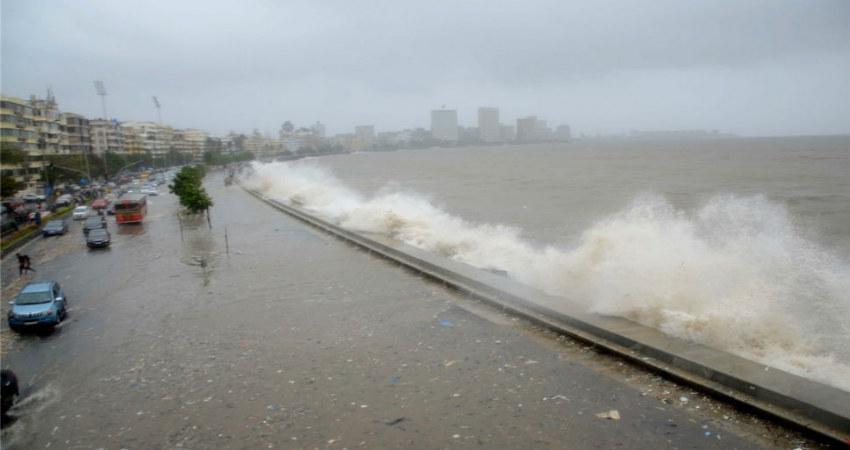 Mumbai rains which had remained absent for quite some time now have now made an appearance over the city. The commercial capital of the country started to see rainfall about an hour ago. Areas including the suburbs of Mumbai such as Kharghar, Vashi, Sanpada and others started to receive rains.

Moreover, the central part of Dadar also saw rains making residents heavy a sigh of relief. Not only this, rains have now spread to Chembur and parts of Kurla as well resulting in pleasant weather conditions over the city.

These rains can be attributed to the system brewing in the Arabian Sea which is currently a Well Marked Low Pressure Area and is lying over Southeast Arabian Sea and adjoining Lakshadweep and EastCentral Arabian Sea. The system will intensify into a depression further in the coming 24 to 36 hours.

Not only this, the system will move north northwestwards and has the potential of becoming a Cyclonic Storm subsequently.