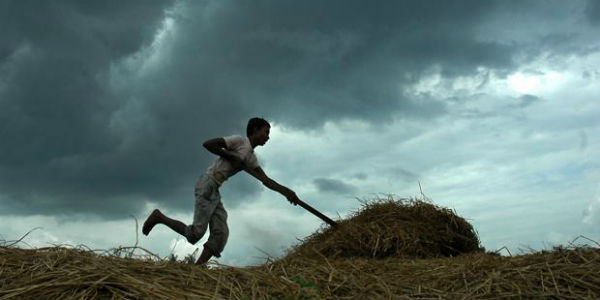 Various weather agencies including Skymet Weather had predicted normal Monsoon for the year 2018. The Southwest Monsoon made a timely onset but ended with slightly below normal rainfall at 95% of the long period average (LPA) for June.

Monsoon rainfall in July made a poor start leading to a cumulative deficiency of -9%. However, during the latter half of the month, rainfall performance was quite good for central and northern parts of the country. However, the two rainiest pockets of the country, West Coast and Northeast India saw very poor rains which resulted the pan-India deficiency for June and July to settle at -6%.

July ended with a monthly rainfall of 94% of LPA against Skymet’s forecast of 97%.

Skymet had predicted rainfall of 96% of the LPA for the month of August and 101% for September.

However, the sea surface warming is continuing in the Pacific Ocean and is indicating towards an evolving El Nino. Indian Ocean Dipole (IOD) has not influenced Monsoon 2018 so far and has remained neutral since the beginning of the season. The Madden Julian Oscillation (MJO) after making its appearance during the onset phase has also gone into silent mode and is not likely to become active until mid-September or even later.

The Southwest Monsoon is likely to go into a prolonged weak phase during August. Also, break Monsoon conditions are expected during this period.

Hence, Skymet Weather predicts that August may end with 88% of LPA. September could perform a shade better and end with an LPA of 93%.

As per our Managing Director, Jatin Singh, “As of now, the oceanic parameters are not at all favourable for enhancing Monsoon rains during the second half of the season. Both the rainiest pockets of Northeast India and West Coast are likely to perform poorer than usual.”

Considering the present scenario, Skymet Weather has updated the forecast for Monsoon 2018 to 92% of the LPA.

On a monthly basis, the Monsoon forecast is as follows:

20% chance of below normal rains

60% chance of below normal

20% chance of above normal

According to Skymet’s calculations (assuming an error margin of +/-5 %) the following is the Monsoon risk spread over the four-month period of June, July, August and September (JJAS)

0% chance of excess (seasonal rainfall more than 110% of LPA)