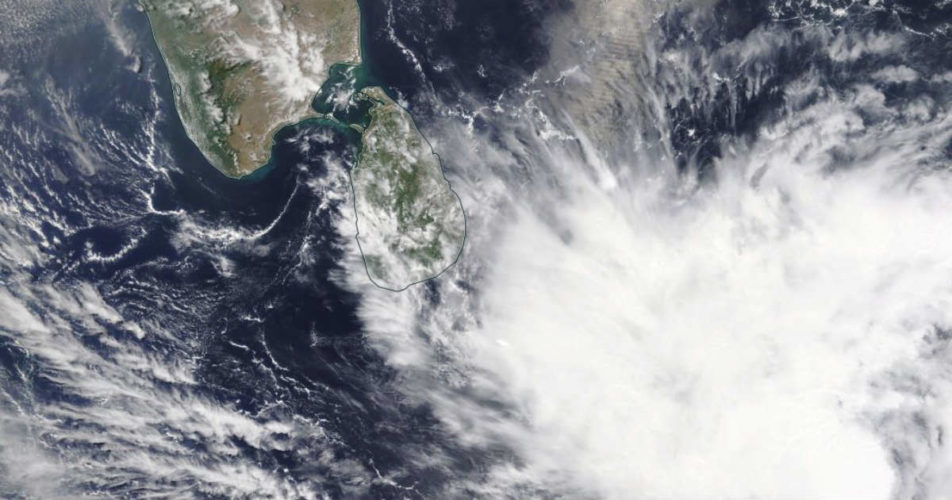 Traditionally, cyclones were not named! The trend started with frequent hurricanes hitting the Atlantic Ocean. A basic criteria was set that the tropical storms that sustain wind speed of 39 miles per hour would be given different names. It is quite amazing to know that hurricanes, cyclones and typhoons are all the tropical storms, just called out with the different names in different corners of the world. Thus, storms in the Atlantic are known as ‘Hurricanes’, as ‘Typhoon’ in the Pacific, while ‘Cyclone’ in the Indian Ocean.

On the basis of wind speed, storms are classified as a hurricane/cyclone/typhoon. Only if the speed of wind reaches 74 mph or above, the storm is classified into the above three categories.

Naming started hundreds of years back!

Storms in the Atlantic were given names hundred years ago. During the initial time, residents of the Caribbean Islands used to name the storm post the saint of the day, according to the Roman Catholic liturgical calendar for that day on which the hurricane or cyclone had popped up.

This trend continued until World War II, wherein the forecasters and meteorologists came up with the idea of identifying the storms by giving them female names. The US weather service liked and adopted this idea and thus in 1953, the company developed a new international phonetic alphabet as per different women’s names starting with letter A up to W. Letters Q,U,X,Y and Z were not included.

However, the idea faced subsequent protests in the 60s and 70s by different women’s liberation bodies. As a result, the naming procedure was changed and started including male names in 1978.

Naming of different tropical cyclones is a recent phenomenon, wherein meteorologists from several countries sit together and the naming process is done under the guidance of World Meteorological Organization.

Naming of cyclones began in 2000 for the Indian Ocean region and in 2004, finally a formula was adopted. Eight countries in the region such as Bangladesh, India, Maldives, Myanmar, Oman, Pakistan, Sri Lanka and Thailand suggested a set of names that are assigned a sequence whenever a cyclonic storm pops up.

Since 2004, all the cyclones that have occurred were named as Agni, Akash, Bijli, Jal. The Indian names in the queue are Leher, Megh, Sagar and Vayu.

Why naming is important?

Naming of cyclone avoids confusion as it is difficult to always remember the storm’s number or its longitude and latitude. Also naming is fruitful when more than one storm needs to be tracked.

The trend is to retire the names of storms that result into widespread damage and deaths. These names are not reused for atleast 10 years and are replaced with new ones of same gender beginning with the same alphabet.

The very recent cyclone ‘Fani’ has been making a breaking news since the last few days, expected to soon hit Chennai and parts of Tamil Nadu thereby giving heavy rains. The name ‘Fani’ has been taken from the list of names created by south Asian countries. This name was picked up by Bangladesh.