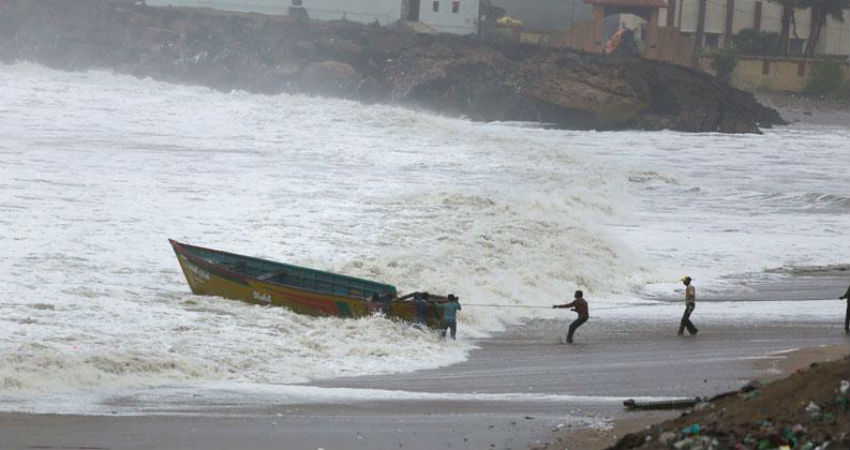 The state of Gujarat which had been dry for quite a while now has been seeing rains for the past two days in view of Cyclone Vayu, which was supposed to hit the state of Gujarat but changed its track and is now only skirting through the Saurashtra coast moving further west northwestwards. After 24 hours, Vayu will begin moving in a westward direction.

The last 24 hours have also seen widespread rainfall occurring in the coastal regions of Gujarat. As mentioned by Skymet Weather, isolated pockets in the state of Gujarat have seen some heavy showers in just about six hours.

In a span of merely six hours from 8:30 am to 2:30 pm today, Veraval saw a whopping 67 mm of rains. Strong winds along with rough sea conditions.  Meanwhile, light rains were seen in Porbandar to the tune of 4 mm with Bhavnagar recording 4 mm rain as well.

Now also, rainfall activity is expected to continue for a few more days as the Cyclone is likely to hang around in the Arabian Sea for a while undergoing through a couple of weakening processes.

Tomorrow as well as on June 16, rains are expected coastal parts of Gujarat. Rains will increase on June 17 and 18, as Vayu will recurve northwestwards after 48 hours, reaching Kutch on June 18 as a depression.