Cyclone Vayu: Even at a safe distance, it is too close for comfort, heavy rains ahead 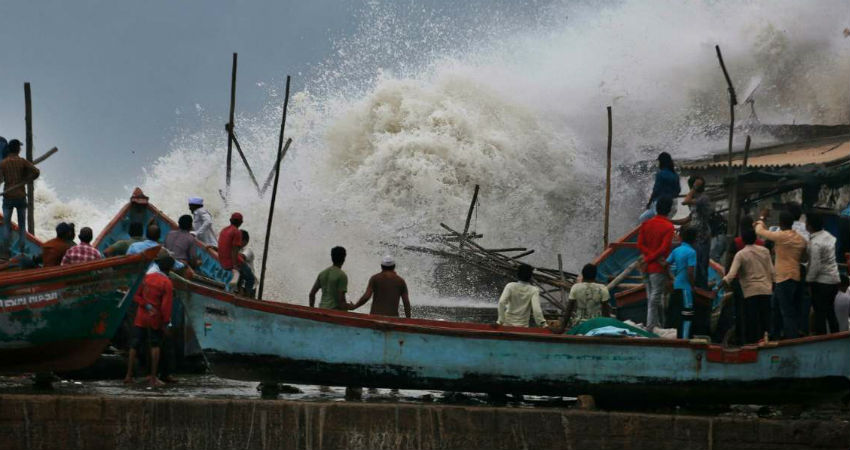 Generally, March to May and October to December are the peak Cyclone periods for the Indian Seas. The state of Gujarat is vulnerable to cyclones both in pre-Monsoon and post-Monsoon seasons. However, in the last decade, there has been no cyclone that has hit the state directly.

We can say that before the changeover takes place from pre-Monsoon to Monsoon, the Indian Sea stands a chance to see Cyclones. No Cyclones are seen during the Monsoon season.

Earlier it was anticipated that Cyclone Vayu will be practically affecting the state of Gujarat. Till now, most of the cyclonic storm had been moving in the west direction towards the Oman coast. Thus, it is safe to say that till date none of the Cyclone has struck Gujarat. There have been threatening Cyclones but not the impacting ones. It was anticipated that Cyclone Vayu would hit the Gujarat coast. However, it skirted the Saurashtra coast.

At present Cyclone Vayu is almost 70 km away from Porbandar and is still retaining the strength of a Very Severe Cyclonic Storm. The Cyclones usually tend to decay on account of low temperatures. However, as per the experts, this storm, coming as close as 70-80 km, would remain as a Very Severe Cyclonic Storm for another 24 hours. This Cyclone is drifting west and shifting away from the coast.

At present, Cyclone Vayu is of Cat II and after 24 hours, it will still retain the strength of a Very Severe Cyclonic Storm and would tone down to Cat I. It is then expected to shift as much as 250 km of the west off Dwarka.

According to experts this storm is yet not over and done with. Thereafter, its strength would drop further to become a normal Cyclone. After 48 hours, it is expected to come closer to the Saurashtra coast. Post that, in another 24 hours, the storm would further weaken and this time rains are expected over Saurashtra and Kutch coast around June 17 and June 18.

Since the storm is not shifting at a big distance, it will be in the range of 250-300 km only, clouding along with rains is a possibility. Light rains with moderate at few places would continue over the coast of Saurashtra and Kutch until June 16. Come June 17, the Cyclone would once again come closer to the coast of Saurashtra and rains would further intensify. Heavy downpour is expected in Naliya, Mandvi and Bhuj in Kutch and  Jamnagar, Okha, Dwarka, Porbandar and Khambhalia in Saurashtra.

Even the interior parts like Rajkot, Amreli, and Junagadh will witness light rains. Ahmedabad too is likely to receive some rains. Winds will be strong at 30-40 kmph, increasing further on June 17.

We can say that Cyclone Vayu even at a distance of 250-300 km from Dwarka, will be too close for comfort.