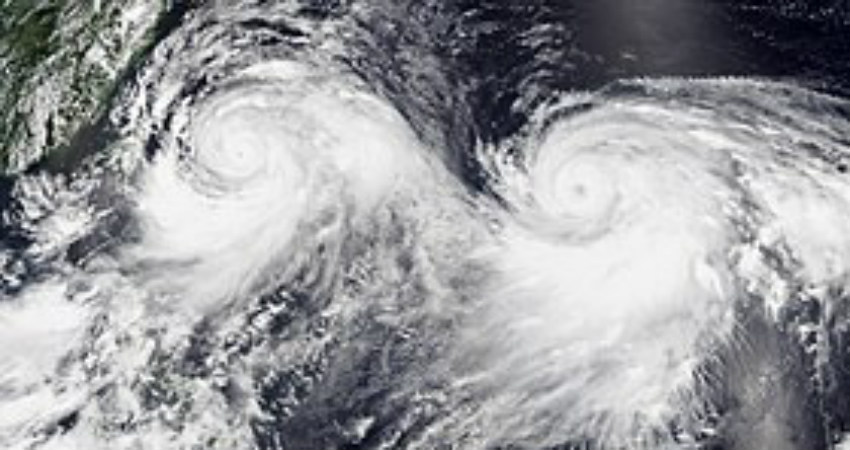 There are many Pacific Rim countries including entire Southeast Asia, China, Japan and Korea that do get affected by Typhoons in the Western Pacific Ocean. The Typhoon Season is also important from Indian point of view as at times the typhoons which form, their remnants even end up remerging in the Bay of Bengal where they do become stronger systems.

The Typhoon season typically is between May and October, however, there are no bounds. Some exceptions have been made in this season itself.

2018 was a record year as far as Typhoons are concerned. However, 2019 set a new mark surpassing the previous year’s records not only in number but it has also been the costliest Pacific season on record.

2019 has been rated as above average year with 29 tropical storms, out of which 17 became Typhoons and four became Super Typhoons.

Another record breaking incident occurred on the first day of 2019 itself, when the first named storm Pabuk was formed. Pabuk was the earliest forming Tropical storm on Western Pacific on record, breaking the earlier record of Storm Alice from 1979.

Season’s first Typhoon Wutip had reached the status on February 20 itself and had the distinction of reaching super Typhoon on February 23. Wutip was not only the strongest February Typhoon on record in just the Pacific but also in the entire Northern Hemisphere.

Last named storm of 2019 was Phanfone which dissipated on Dec 29. Thus, the entire year was practically full of storms right from the first day of the year to the fag end. Out of these storms, some significant typhoons were seen.

Typhoon Halong became a Super Typhoon on November 5. It was the strongest Typhoon of the season and strongest Tropical Cyclone worldwide this year. Halong had an explosive intensification, with wind speed of 215 kmph. The specialty of this storm was that it remained in the sea and did not make a landfall.

Interestingly, there was another Typhoon of the same name that struck Philippines with wind speed of 259 kmph in 2014. Typhoon had affected Guam, Japan and Philippines.

Another notable Typhoon Lekima of 2019 became the second costliest Typhoon in Chinese history after Typhoon Fitow, which struck in 2013. Typhoon Hagibis in 2019 on the other hand had become one of the costliest storms for Japanese history.

Talking about the catastrophic damage caused by the Typhoons in Western Pacific Ocean in 2019, it was attributed to Lekima, Hagibis, and Faxai.