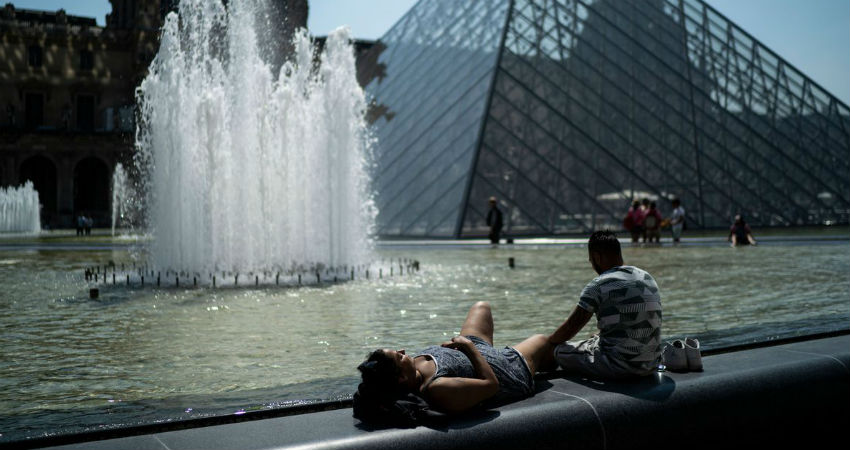 The extreme heat wave which is responsible for killing several people this week set an all-time record in France on Friday. The temperature soared to 45.9°C at Gallargues-le-Montueux in southeastern France. It has exceeded the nation’s previous all-time record high of 44.1°C which was recorded at Conqueyrac on August 12, 2003.

Not only this, France’s national weather service issued the first ever ‘red’ hazardous weather warning for southeastern portions of the country on Friday. As per the Associated Press, a ‘red’ warning is the highest level out of a four-level alert system put into the effect after the deadly 2003 heat wave that claimed 15000 lives.

In neighbouring Spain, two died from heat stroke. A Spanish teenager felt dizzy while helping harvest wheat in the southern Andalusia region. After taking a dip in a swimming pool to cool off, he collapsed with convulsions and was rushed to the hospital in the town of Cordoba where he later died.

Another case was of a 93-year-old man who collapsed and died on the street in the northern city of Valladolid due to the heatstroke.

Heat-related deaths have also been reported in Italy, France, and Germany, mainly among the elderly. The episode has caused every government since to be extremely vigilant during heatwaves.