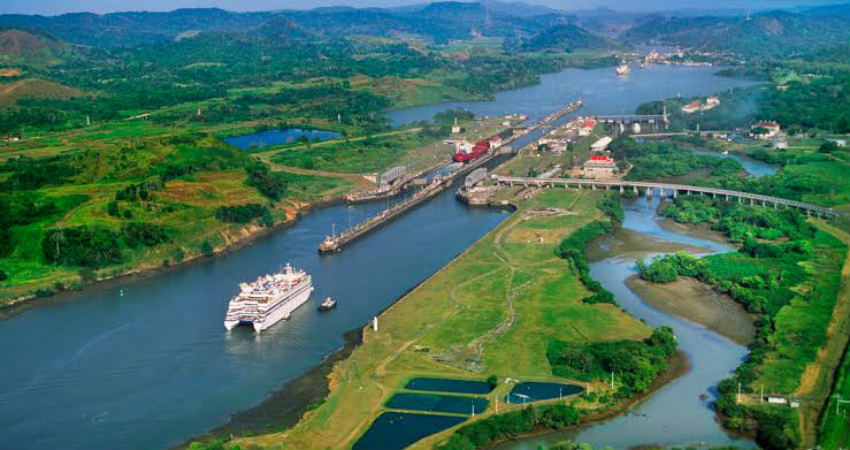 There has been a major shortage of water after very little rain in 2019 resulting in drought like conditions. In view of this, The Panama Canal will soon start to take a surcharge for freshwater from ships traveling the interoceanic waterway and also reduce its daily slot reservations. This basically is being done to address a shortage of rain after the region recorded its fifth driest year in 2019 in 70 years.

The new measure plans to secure the stock of freshwater for human consumption as well as shipping activities. Canal administrator Ricaurte Vásquez said that the decision has not been easy, but it will ensure the accessibility of water and the reliability of the route.

The surcharge will begin from February 15 and has no lapse date. It applies to all vessels more than 125 feet long and comprises of a fixed charge of $10,000 per passage in addition to another variable charge that will rely upon water levels at Lake Gatun at the time of crossing. Daily reservations will also be reduced to 27 from 32.

"The surcharge level drops when the lake is at full level. The Canal Authority exhibited its yearly report a week ago featuring that 2019 was one of the watershed's least rainy years in numerous decades, about 20% below average.

The watershed, a system of rivers as well as brooks that feed lakes, is critical to channel operations. It also supplies freshwater to Panama City, home to about a large portion of the 4 million population.

Vásquez has cautioned that climate change is a risk to the canal's operations.

Authorities have not yet decided if drafting limitations on vessels, which were there in 2019 because of low levels at Lake Gatun, will be a necessity this year.

The additional charge could prompt a decrease in traffic through the 105-year-old waterway. Every passage involves the use of a great many gallons of freshwater, a lot of which is discharged into the sea.

Customers pay a normal of $188,000 per travel, however some passage fees ascend as high as $1 million, as per authorities.

Vásquez said there will likewise be changes to the arrangement of client reservations to speed up crossings during dry periods.