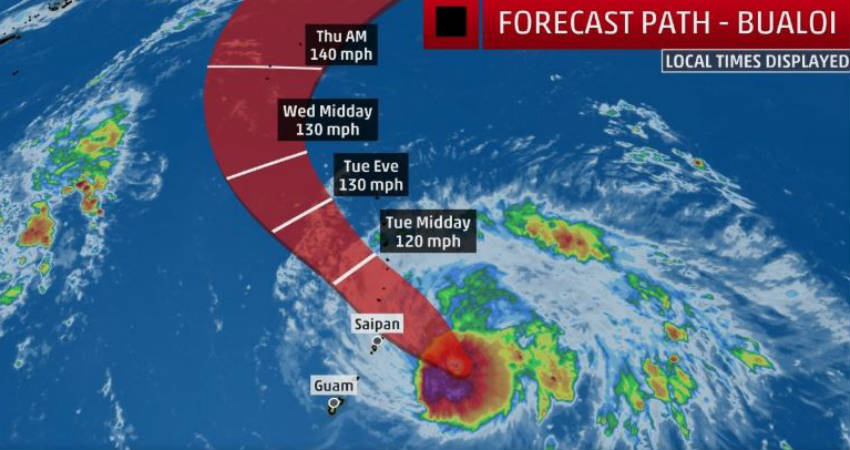 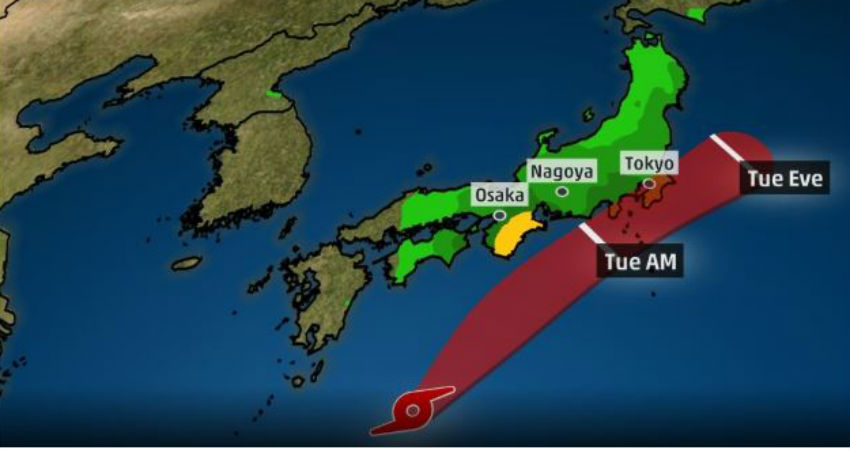 Presently, two tropical cyclones are there in the Western Pacific Ocean. Though these storms are in the ocean, they are moving in the proximity of Japan or the islands. One is a Tropical Storm, Neoguri and the other one is a Typhoon Bualoi and both are skirting the mainland of Japan.

Both these weather systems are a threat and will very likely give locally heavy rain in flood-weary Japan and another strike in the Northern Mariana Islands.

While nowhere near as heavy as the record-smashing rain from Typhoon Hagibis just over a week ago, this rain may trigger at least some more local flash flooding in these saturated areas.

If we talk about Bualoi, then this Typhoon is closing in on the Mariana Islands. Typhoon Bualoi is in the close proximity of the Northern Mariana Islands, moving northwestward.

It was two weeks ago, when Hagibis witnessed one of the most startling rapid intensifications at the time of nearing the Marinas, growing from a tropical storm to a Category 5 equivalent super typhoon in only 24 hours from Oct. 6 to 7.

During this time, Hagibis brought in ferocious rain and gusty winds to the Northern Mariana Islands, including Guam and Saipan. Amidst all this, Anatahan Island saw the major brunt of the strongest winds from Hagibis.