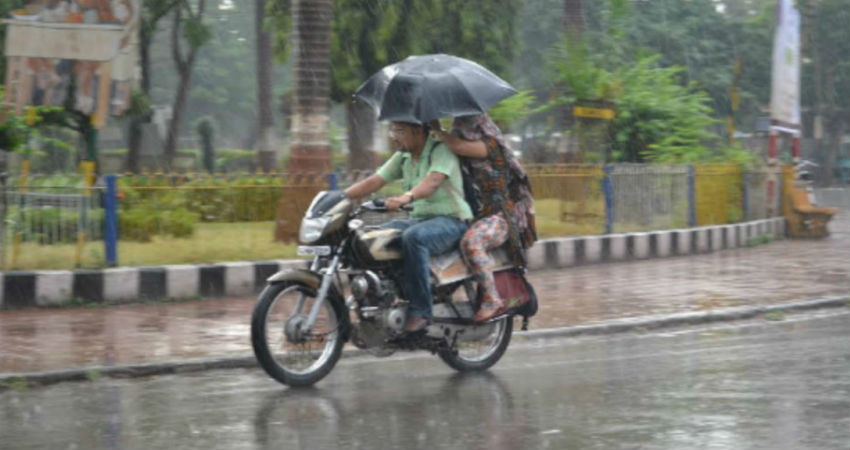 The state of Gujarat had seen some vigorous rainfall activities during the time of Cyclone Vayu. However, as this cyclonic storm moved and further dissipated, so did Gujarat rains. Since then, the weather has remained almost dry. However, some parts of the state such as Ahmedabad were lucky enough to observe scattered showers, during the last 24 hours. Now, with some major systems persisting close to the state, we expect rainfall activities to intensify in Ahmedabad, Gandhinagar, Baroda, and Monsoon to make mark its onset anytime now.

According to Skymet Weather, presently, a Cyclonic Circulation is aligned over the Northeast Arabian Sea. Moreover, a Trough is extending from the Gujarat coast up to the Kerala coast. Thus, rainfall activities are expected to increase due to the combined effect of these systems. These on and off rains are likely to continue for the next week.

Particularly, the eastern parts of Gujarat such as Ahmedabad, Gandhinagar, Baroda, Rajkot, Valsad, and Surat would be witnessing these scattered showers.

On the other hand, the weather of Kutch will remain almost dry, however, the chances of some isolated showers cannot be ruled out there.

The increasing weather activities are also signaling that Monsoon may make an onset over the state anytime now.

Further, in the wake of these activities, the temperatures will subside and the weather will become somewhat comfortable. However, some places have to go through high humidity levels.