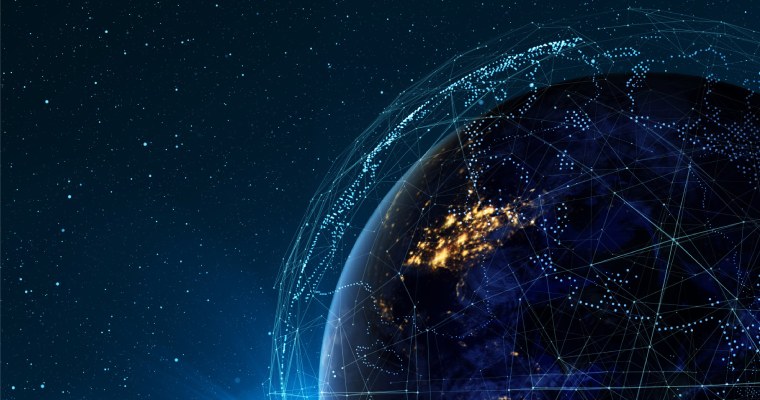 What is blockchain? Blockchain is a distributed ledger technology that creates a permanent record of transactions and helps them remain secure. It's essentially a decentralized system of data that's publicly available but also nearly impossible to tamper with because each node in the network must be in agreement for there to be any change, which makes it very difficult for fraudsters to creep in.

Blockchain’s primary function is thought to be cryptocurrencies. Most people think blockchain technology is solely responsible for cryptocurrency prices, markets, and values. However, blockchain has found applications in several other industries, too, including weather.

There are already several companies working on applying blockchain technology to meteorology for an array of uses, from improving forecast models and tracking severe storms to predicting flash floods and helping people manage water resources more efficiently by providing real-time information. The big benefit here is knowing when the rain will fall, or snow is likely, so you can make smarter decisions about whether you should stay inside or go out.

The fact that blockchain provides verifiability will be especially important as more devices become connected to each other through the internet of things (IoT). By using IoT and cloud computing applications together with blockchain technology, we could soon have an atmosphere where your coffee maker orders more beans from your refrigerator before they run out—and those coffee beans are roasted according to your schedule because your coffee maker knows when you wake up in the morning based on local weather conditions.

Weather is notoriously difficult to predict. Meteorologists can get it wrong, but even when they do everything right and issue an accurate forecast, there's still a chance that the weather will deviate from what was predicted. Weather risk is unpredictable for farmers and ranchers who have to decide whether or not to harvest their crops early (to beat the rain) or late (to let them ripen).

For insurance companies, weather risk presents a challenge too. The more locations they're covering and the more types of insurance they're offering, the more difficult it is to manage their risk—especially if they need to make adjustments after customers file claims based on inaccurate predictions.

The blockchain technology behind cryptocurrencies like Bitcoin has found its way into other industries too, including agriculture and weather insurance. Like a Google Doc between farmers, insurers, banks, and smart devices that records information and time-stamps it for all parties involved in order to create trust among them in the event of something going wrong.

Farmers are able to sell their farms' or animals' exposure as digital assets on these platforms in exchange for digital tokens, which later can be used as currency or loaned out at interest rates. Insurance companies also participate in this decentralized marketplace by offering contracts that pay out automatically based on real-time data from sensors (like temperature monitors).

This way of handling risk is much more specific than previous methods employed by insurance companies—which were prone to making broad estimates about total losses based on what would happen at average temperatures—and provides cheaper premiums because there's less room for error.

Supply chains, whether they're holding together a small coffee shop or a giant dairy farm, rely on the acquisition and distribution of products to ensure that customers are getting what they want in a timely manner. In order to have an efficient supply chain, it's important to have quick access to relevant product info—how much is available and where it's coming from.

While there are tools like ERP (enterprise resource planning) systems that can help gather this information, there are certain concerns about the security of this data: it can be vulnerable to theft or tampering by hackers. On top of that, natural disasters like hurricanes can cause shipping delays that would interrupt business operations for days.

Blockchain technology addresses these issues by providing a secure way to manage large amounts of data. As more companies move toward blockchain-based tracking systems for their supply chains, we'll see improvements in safety and efficiency overall.

Weather data investments are different from weather derivatives, but both use blockchain to help you trade. A derivative is a financial instrument that tracks the performance of something else. For example, a stock derivative might be one that tracks the price of oil in barrels or even how many gallons of oil can fit into a large oil tanker. More simply: derivatives are bets on how two or more variables will behave in the future.

Weather derivatives are very common and relatively simple to understand, but investing in weather data is still a smaller niche within the broader investment scene. In fact, most people aren't aware that it's an option at all. Weather data investments have yet to hit mainstream consciousness as their derivative counterparts have.

When it comes to trading options on weather data, blockchain is key because it helps make these transactions as quick and secure as possible while still allowing for anonymous trades. This technology also helps with other issues regarding fraud and unethical behavior in the industry due to its incorruptible nature and decentralized network structure.

The ability to use multiple sources of information when determining whether or not an asset like weather data has performed as expected makes blockchain-based transactions more trustworthy than they would be otherwise.

Blockchain is becoming a more prevalent technology in our lives, and it's not just being used to make cryptocurrencies. It has many uses, and we're going to dive into one of them: how the blockchain can be used for green energy.

What exactly is the blockchain? Well, as simply as possible, it's a mechanism for tracking transactions between multiple sources. It's a digital ledger that keeps track of all the credits that flow through any given system, which means that it can be used to monitor or even enforce compliance with regulations about things like clean energy.

Today we'll look at five ways that governments and other entities are already using the blockchain to change their relationship with energy in order to reduce waste and incentivize green practices. We'll also take a look at some of the challenges they face in doing so, as well as what might happen if they're successful!

It's not hard to see that blockchain technology is already having an impact on the world. It is the embodiment of transparency and security, both of which are crucial for weather forecasting.

While there's still a lot we don't know about digital currencies, it could be a matter of time before blockchain technology is used in weather forecasting. In fact, there are several startups attempting to leverage this new technological breakthrough to improve our understanding of the atmosphere.

The amount of data available these days makes it possible for researchers to use smart algorithms and predictive models to forecast future climate patterns. If these startups can succeed in their goals, they could pave the way for more accurate weather forecasts than ever before.