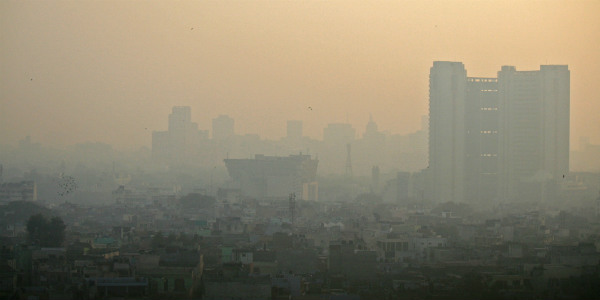 The severe pollution levels of Delhi and NCR became a common talk among most of the Delhiites and it gained a lot of political importance. After becoming a health hazard for most of the residents and leading to a strike in the number of respiratory patients, finally, the pollution levels have started to subside.

Though most of the fingers were raised on the stubble burning that was being practiced in the adjoining states of Punjab and Haryana, one unusual factor made the eyeballs roll over the entire menace once again.

As per the report released by SAFAR (System of Air Quality and Weather Forecasting and Research), an unusual factor has been decoded that caused the Delhi’s air quality to become toxic. This was the series of dust storms that took place in the Gulf nations.

On October 29 a series of massive dust storms hit the Gulf nations of Iraq, Kuwait, and Saudi Arabia. These multi-day storms kept affecting these Gulf countries until November 4. These Gulf storms sent massive clouds of dust and sand into the air. 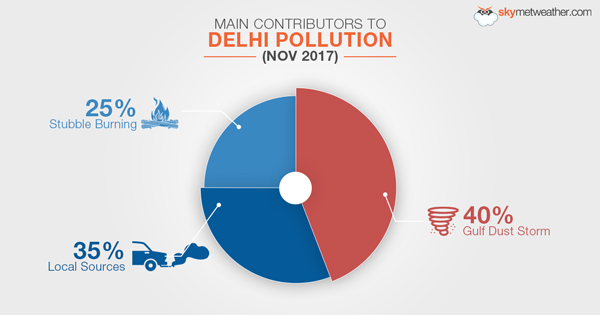 Click here to get the latest updates on Delhi Pollution

However, as of now, the anti-cyclonic circulation has faded away and the Western Disturbance is also moving away eastwards leading to a moderate flow of northwesterly winds. Due to this, the pollution levels have started thinning over Delhi and NCR.

Moreover, as the cyclonic circulation is also persisting over Rajasthan and Central Pakistan up to 7.5 km above sea level, this weather system will obstruct the westerly winds from the middle-east countries and will not allow any dust to enter the city thereby resulting in lowering the pollution levels and bringing a huge relief for Delhiites.

During the first week of November, a thick layer of dense smog covered almost the entire National Capital and its adjoining regions that remained from November 6 until November 10. During that time, the stubble burning was also at its peak in Punjab and Haryana. Coincidently, low-level winds also became calm or very light. Thus, the smoke of stubble burning assisted by local pollution of Delhi and NCR such as vehicular traffic, and constructional dust, carried the pollutants towards the national capital.

As of now, the intensity of smog and pollution over Delhi has reduced to a great extent and since last three days when the southeasterly winds were prevailing over the region with an average speed of 10-15 kmph led to minimizing the pollution levels.

The wind direction over Delhi has changed again and now dry and cool northwesterly have started which will further reduce the pollution levels.