After heavy Monsoon showers, Kerala rains to slow down now 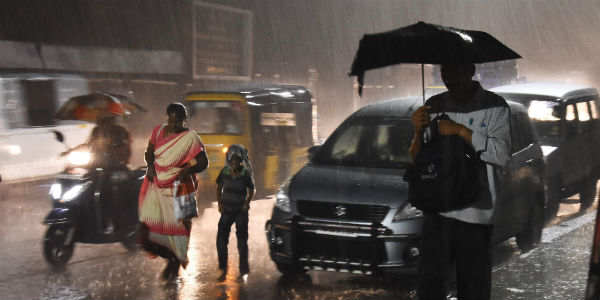 After arriving slightly before time, Southwest Monsoon has now covered the entire state of Kerala. The Northern Limit of Monsoon (NLM) is currently passing through Shirali, Hassan, Mysuru, Kodaikanal, and Tuticorin. Moreover, conditions are now conducive for the further advancement of Southwest Monsoon into some more parts of South India and may even touch parts of Northeast India in the next 48 hours.

The arrival of Monsoon over the state brought extensive rains over almost all the stations of Kerala. This spell was under the influence of the well-marked low-pressure area in Southeast Arabian Sea, off Kerala and Karnataka coast.

As per Skymet Weather, now, the weather system has weakened and has drifted away, thus, a drop in the spatial distribution of rains over the state can be expected in the next 24 hours. The northern half of the state would get to see more rains in comparison with the southern parts of Kerala.

Thereafter, 48 hours hence, a further reduction in the overall rains of the state can be expected. However, a fresh system has developed in the Central Bay of Bengal which would bring a fresh surge and revive the Monsoon rains over the state by June 4.