Know what Cyclone Fani did for Northeast India 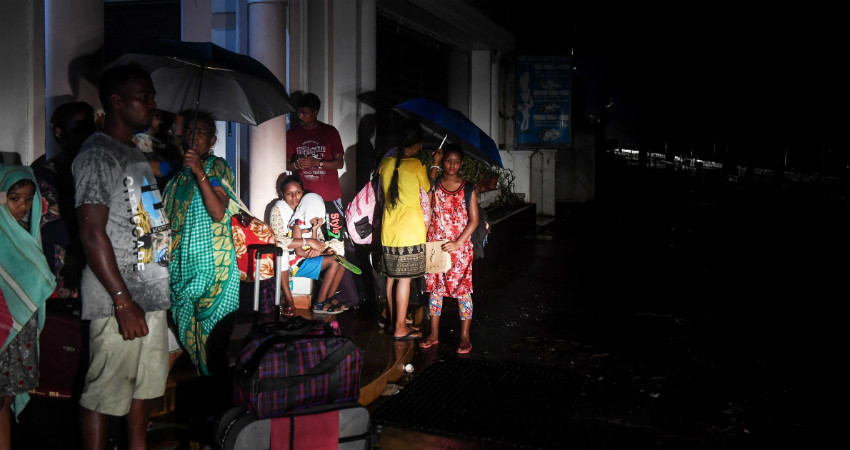 Such storms cease weather activity till the time they are in the Bay of Bengal as winds concentrate around the systems. The moment they cross the coast and move inland, Northeast India resume with the giving weather activities. While it battered Odisha, adjoining Andhra Pradesh and West Bengal, Northeast India escaped the fury of Cyclone Fani.

Cyclone Fani had an unusual track as majority of the systems forming in Bay of Bengal during April generally re-curve towards Bangladesh or Myanmar. The forecast was that this storm would possibly give flooding rains covering large parts of Northeast India. However, it didn’t happen so. The reason being, the storm had  weakened very quickly. Even before hitting Bangladesh, Fani had weakened into a cyclonic storm from extremely severe cyclone at the time of landfall.

By the time it reached Northeast India, it was merely a depression and then quickly weakened into a Low-Pressure Area. It was on a rapidly weakening track over the northeastern states from Bangladesh.

By the time, Cyclone Fani reached Assam and Meghalaya, it weakened into a Low-Pressure Area, leaving all the other states like Nagaland, Manipur, Mizoram and Tripura far behind. It will not be incorrect to say that Tripura and Mizoram hardly had any taste of Cyclone Fani. However, Meghalaya and lower Assam, as expected, witnessed fairly widespread rain and thundershowers. Cherrapunji has already clocked rains touching the mark of 200 mm.

Arunachal Pradesh also escaped the fury of this storm. This storm had about ten days journey. In the last ten days, that is on April 24, Nagaland was absolute normal. While, rest of the states were either deficit or large deficit. During this time, Assam and Meghalaya were deficit by 33% and 35%, respectively. During pre-Monsoon season, largest contribution comes from Arunachal Pradesh followed by Assam and Meghalaya and then comes Nagaland, Manipur, Mizoram and Tripura.

However, during the time of storm, Arunachal Pradesh was partly affected. After the passage of Fani, Assam turned normal and as on May 5 stands at normal with slightly surplus rains to the tune of 9%. Meghalaya too is inching towards normal, at present it stands at –3%. Arunachal Pradesh which was earlier at –47% now stands at –44%. Similarly, hardly any difference has been seen in the rainfall percentage over Manipur. On April 24, it was deficit by 40% and now it is deficit by 38%.

The experts have to say that for the next two days, the remnants of the system would continue to give scattered rains, especially over the eastern half. Generally, upper Assam and adjacent Arunachal Pradesh would see rains. Also, during pre-Monsoon season, the northeastern states of the country doesn’t dry up.

In the past 24 hours, Cherrapunji and Tezpur witnessed 32.4 mm and 15 mm of rains, respectively.