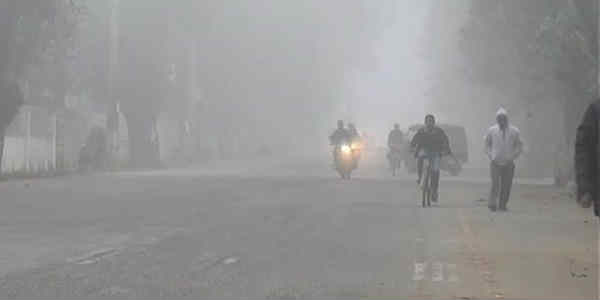 The coastal districts of Odisha being in proximity to sea, hardly experience any winter chill as minimums here do not fall beyond 15℃. However, the weather across coastal stations of Odisha and that over interior parts of Odisha remains poles apart. While the interior parts experience very cold weather conditions with mercury reaching till 5℃ to 6℃ mark followed by Cold Wave conditions as generally observed from last week of December till second week of January, the coastal areas always remain deprived of severe cold weather conditions.

This season too, many interior parts of Odisha were shivering with Cold to severe Cold Wave conditions between December 29 and January 4. The residents here realizing gravity of situation, felt need of wearing heavy woolens to keep their bodies warm.

However, mother nature had some other plans for the state. Since January 5, temperatures have remained on an increasing trend and have risen by 1℃ to 2℃. The last 24 hours observed a notable rise by 2℃ in minimums.This increase in temperature has brought some relief from Cold Wave conditions for the residents, particularly for isolated pockets of Odisha such as Angul and nearby areas that had been witnessing Cold Wave conditions until January 7.

Now, we expect temperatures to remain stable for next two to three days. Thereafter, January 11 onward, rise in minimums will occur at a faster pace and these will increase by 2℃ to 3℃.This will occur in wake of warm and humid winds which will travel from Bay of Bengal. As a result, winter chill will start reducing over the state and minimums will come to near normal degree mark.

Similarly, there will be a marginal increase in day temperatures as well and day will be felt as warm and sunny with mercury even touching 30℃ over many places.

Looking at the present scenario, we can say that the difference between day and night temperature i.e diurnal variation in temperatures will be high, as days will be warm while nights very cool for the state of Odisha.