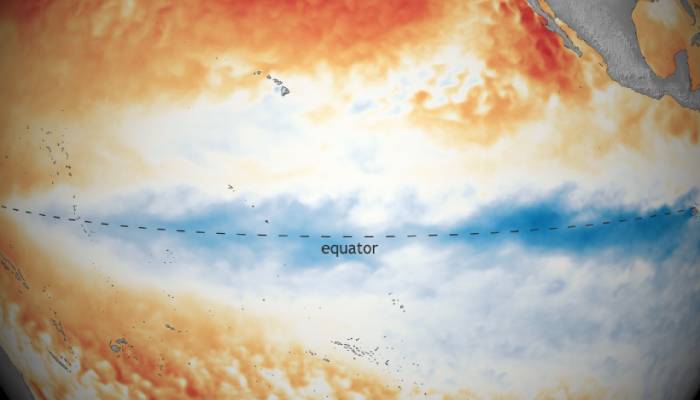 Ocean surface temperatures have been dropping in the east and central Pacific, across its stretch. The quarterly Oceanic Nino Index (ONI), for Sep-Oct-Nov, has dropped further to -0.8°C, the lowest since Feb-Mar-Apr 2021. La Nina is expected to carry on with an 85% chance between December 2021 and February 2022. It also means that the cooling of the 1st year La Nina event of 2020 continues to evolve and may last till early spring of 2022. The continuation of La Nina conditions spanning over 2 consecutive years is also called ‘Double Dip’ La Nina. While it is uncommon to witness 2 El Nino events follow each other, back to back La Nina episodes are not unusual. Statistically, of the 12 first-year La Nina events, 6 are followed by La Nina the next winter, 4 by neutral conditions and 2 by El Nino.

ENSO: ENSO has a major impact on tropical rainfall, as it affects the ocean-atmosphere linkages and also alters the pressure pattern. The influence of ENSO is observed globally, in different seasons and divergent parts of almost all continents. What causes the different phases of ENSO (El Nino/ La Nina/ Neutral) remains inexplicable and no simple answer can be found. But surely, El Nino or La Nina is not resultant of global warming. However, the occurrence of El Nino and La Nina does give rise to warming and cooling of the ocean surface in the Pacific, which leads to an overall rise and fall in the average global temperature for that duration. 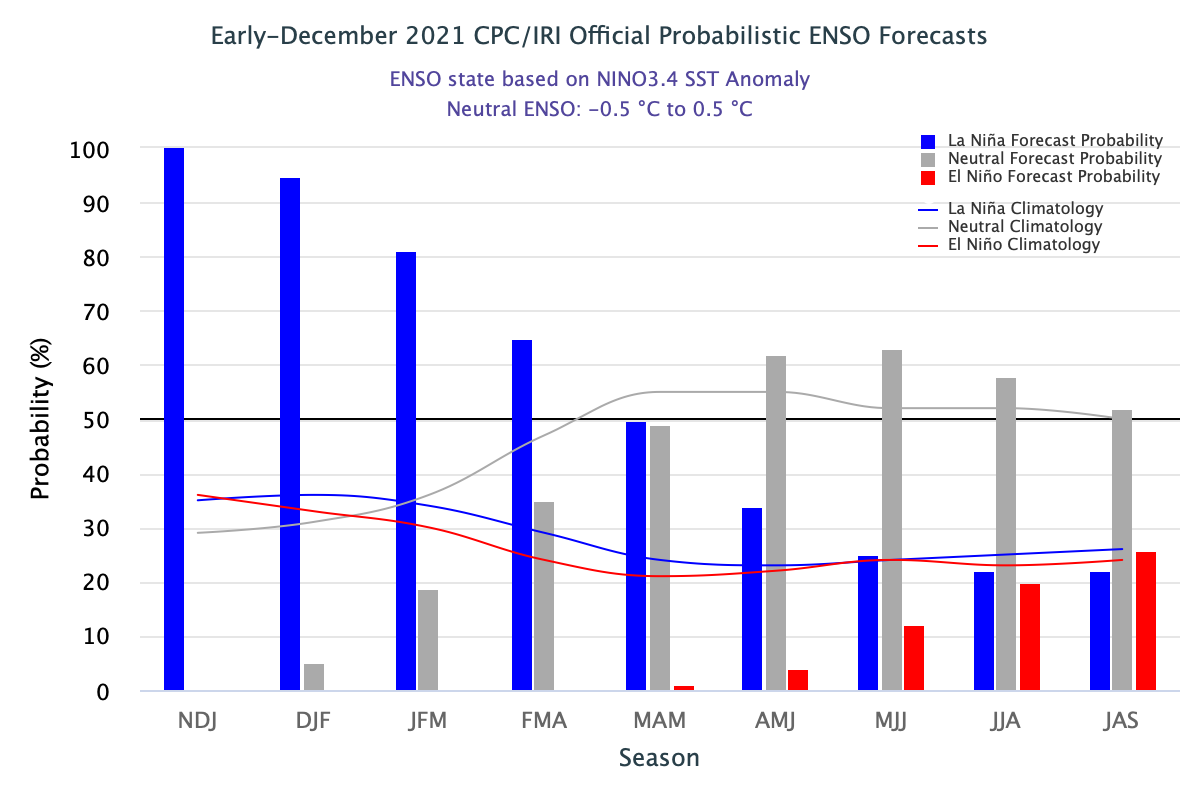 In 2020, La Nina developed by August but dissipated by April 2021. ENSO neutral prevailed during most of 'Indian Summer Monsoon-2021' and La Nina started building again from the autumn season and continue to grow even now.

There is a fair degree of agreement between the numerical models for the ongoing drop in sea surface temperature over the equatorial Pacific to cool further. Continuation of the La Nina event is anticipated with high probability till early spring. Return to ENSO neutral is expected with the commencement of the Pre-Monsoon season from March-May.

IOD: The -ve Indian Ocean Dipole index has weakened. The latest index value for the week ending 12Dec is -0.28°C. The event seems to be nearing its end and is consistent with the normal pattern. As a norm, IOD events do not form between Jan-April and start afresh with the sun crossing over to the Northern Hemisphere. Any model projections available for the next 4-5 months are at risk of being ‘unreliable’. IOD event has remained -ve for the 2 consecutive Indian Summer Monsoon (2020 & 2021). As such, having 2 back-to-back +ve or -ve IOD is uncommon, having the 3rd one also -ve will be highly improbable. 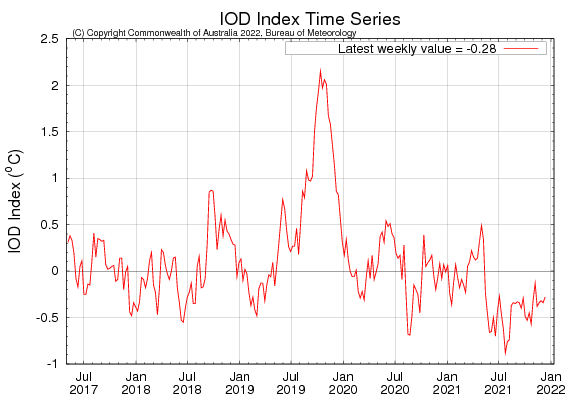 MJO: The Madden Julian Oscillation is characterized by an eastward progression of large regions of both enhanced and suppressed rainfall, observed mainly over the Indian and the Pacific Ocean. The anomalous rainfall is usually first more evident and remains so, as it propagates over the warm ocean water of the western tropical Pacific. The pattern of tropical rainfall then generally becomes nondescript as it moves over the cooler ocean water of the eastern Pacific. A period of warming sea surface temperatures are found 5-10 days prior to the strengthening of MJO related precipitation across Southern Asia.

MJO will remain in phases 6 & 7 over Western Pacific, with enhanced amplitude till the end of December. This Pacific basin is approaching the end of its active phase of storm development. Typhoon ‘Rai’ over the South China Sea was triggered by the MJO and is now recurving towards the province of Hainan. The inactive phase of MJO over the Indian Ocean may suppress the stormy activity over the Bay of Bengal. Indian basins may not find any more storms developing in the northeast monsoon season-2021.