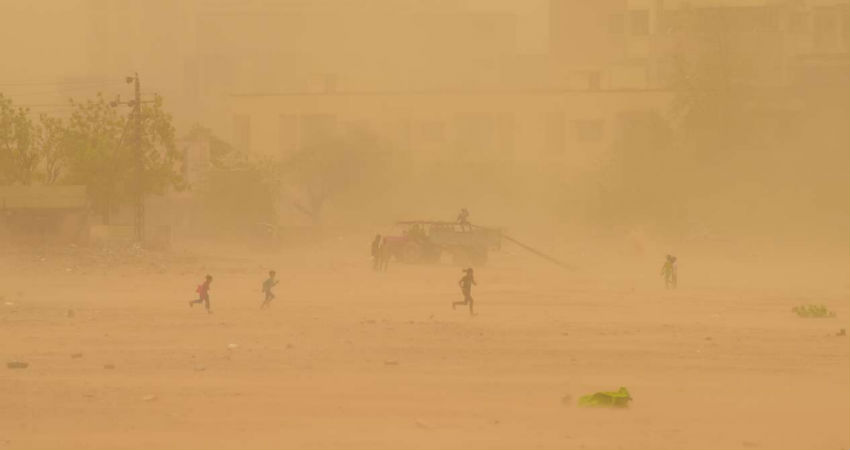 The state of Rajasthan and in that too West Rajasthan is likely to be raided by dust storms for the next 2 days between 10th and 11th May. East Rajasthan is expected to pick up stormy conditions on 11th May and later. North Rajasthan has already witnessed mild convective thunderstorms during the past 24 hours wherein Ganganagar, Suratgarh, Hanumangarh, and Anupgarh experienced squally conditions and light rain at isolated places.

Southwest Madhya Pradesh and North Gujarat have been the hottest region during the last 24 hours and West Rajasthan contiguous to these subdivisions have been another heat island in the proximity of border areas. Barmer, Jaisalmer, Phalodi, Nagaur, Jodhpur, and Pali have been the hottest with temperatures in excess of 42 degrees and Pali nearly touching 44 degrees to lead the table. This region is likely to have dust storm activity accompanied with squally winds kicking up dust in the air.

Western disturbance is moving across the northern parts with its induced cyclonic circulation over North Rajasthan and neighborhood. Winds from the Arabian Sea across Gujarat are feeding moisture to this feature, though limited in magnitude but good enough to kick up heat-triggered thunderstorms during the afternoon hours. Jaisalmer, Barmer, Churu, Phalodi, Bikaner, Jodhpur, Jalore, and Pali stand favourite for the pre-monsoon activity. Mercury levels will not be dented as most of the weather activity is expected during the late afternoon. Subsequent to this dusty spell, most parts of the state, particularly North and East Rajasthan can expect some relief showers on 12th May.