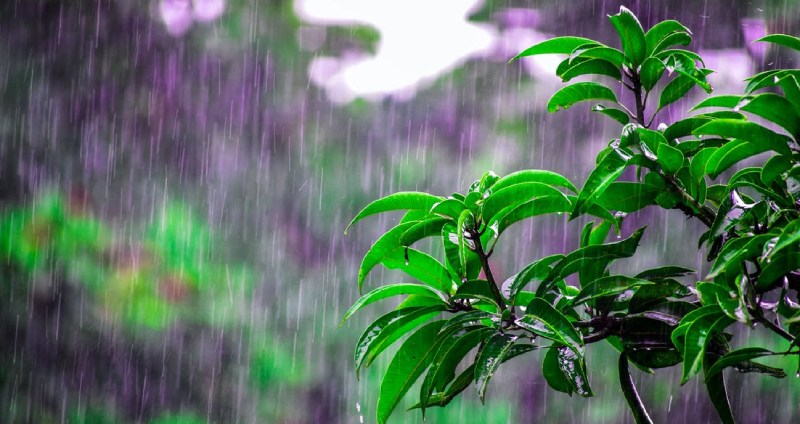 ENSO neutral conditions are prevailing in the Pacific Ocean. Equatorial Sea Surface Temperature (SST’s) are near average across most of the region. Nino Indices are absolute neutral restraining from jumping the threshold of 0°C. Nino 3.4 as representative of ONI (Oceanic Nino Index), spread over an area of 5 million sq km is just neutral since mid-April. No large fluctuations are expected in the coming weeks.

There are 70% chances for ENSO to stay neutral during ISMR (Indian Summer Monsoon Rainfall). La Nina component shows a gradual rise through the season while the neutral drops marginally. The overall Pacific Ocean does not suggest sea surface warming during this year. It also means that ENSO will not play a spoilsport to corrupt the seasonal rainfall. 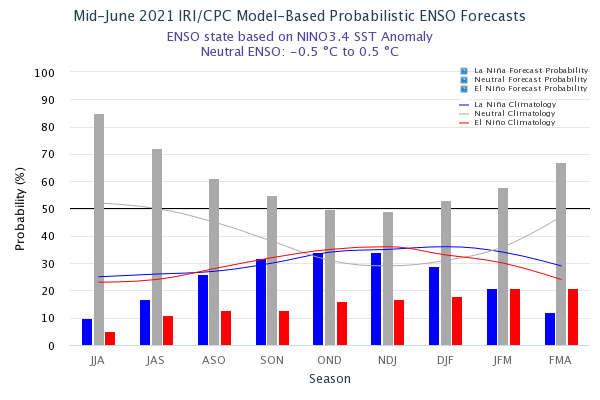 The IOD index (Indian Ocean Dipole) has been below the negative IOD threshold, albeit marginally. The latest weekly value of the index to 27th June was -0.44°C. IOD is defined by the difference in sea surface temperature between the eastern and western tropical Indian oceans. IOD has three phases: neutral, +ve, and -ve. Events usually start around May or June, peak between August and October, and sharply decline by the fall of the year. IOD remains volatile till June and model values stabilize thereafter to be relied upon. A -ve IOD event is not declared until the index remains below the threshold for at least 8weeks, but this pattern can influence the monsoon rainfall as the event develops. 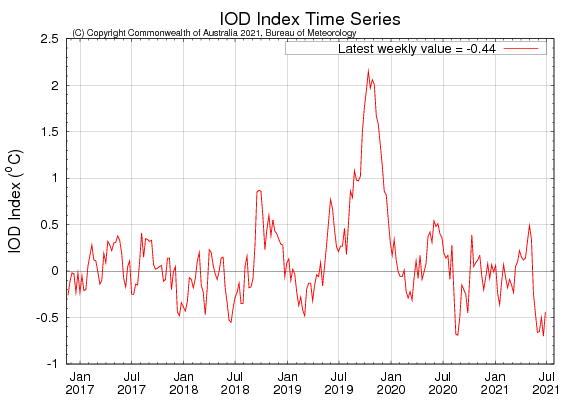 MJO (Madden Julian Oscillation) is currently lying in the Western Hemisphere over the African region. It is shifting along the equatorial belt and will enter the Indian Ocean anytime soon. Though its amplitude is decreasing but will still be good enough to push the monsoon activity over the Bay of Bengal and the coastal region to start with sometime middle of next week. This may catalyse the formation of a fresh weather system around that time to revive the monsoon activity.

The month of June has been fair enough to end with 110% of LPA (long-period average). Though the comfort of June does not lead conclusively for the subsequent weeks, at least the core monsoon month of July has no burden to carry forward. Acceleration of monsoon activity around the 2nd week of July promises a good spread of rainfall. The rain-fed agriculture pockets will be the large beneficiaries in the eastern and central parts of the country.