Heavy rains to batter Sikar, Bundi, Udaipur amidst the movement of Depression towards Rajasthan 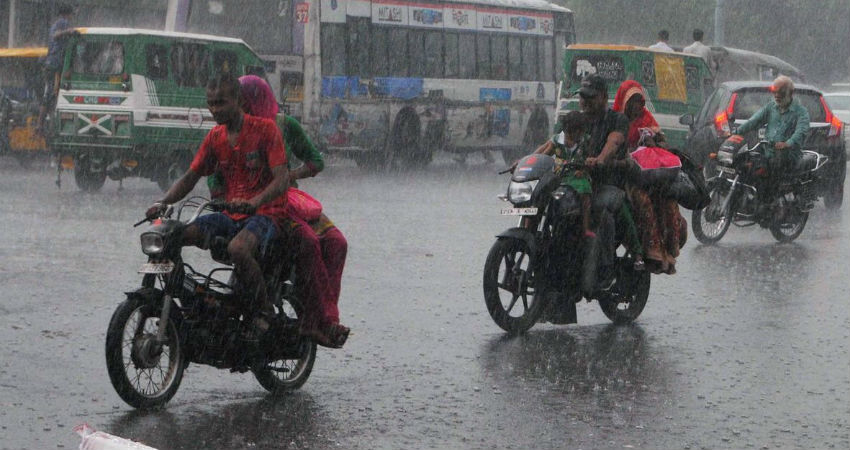 Moderate rains with a few heavy spells have lashed East Rajasthan during a span of 24 hours from 8.30 am on Wednesday. During this period Chittorgarh has recorded 25 mm of rainfall, Bhilwara 38 mm, Bundi 25 mm, Ajmer 26 mm and Alwar 10 mm.

On the contrary, rains have continued to be light in intensity over the western parts, wherein Kota recorded 6 mm of rainfall, Barmer 4 mm and Jaipur 9 mm during the same span of 24 hours.

The reason for these rains can be attributed to the combined effect of the Depression over Northeast Chhattisgarh and the Monsoon Trough.

The above Depression is moving in west/northwest direction, thus coming closer to Rajasthan and Gujarat. Due to this movement, heavy rains may lash the southern and eastern areas of Rajasthan. However, the rainfall activities would be less over North Rajasthan.

Places such as Sikar, Bundi, Chittorgarh, Kota, Sawai Madhopur, Tonk, Udaipur, Bhilwara, and Banswada would be the ones to witness heavy rain and thundershower activities for the next two days.

By August 10, the rainfall activities would decrease as the system will lose its strength. By this time, the intensity would become mainly light with a few moderate showers.