Hefty rains in parts of flood ravaged Bihar for next 48 hours, no relief likely 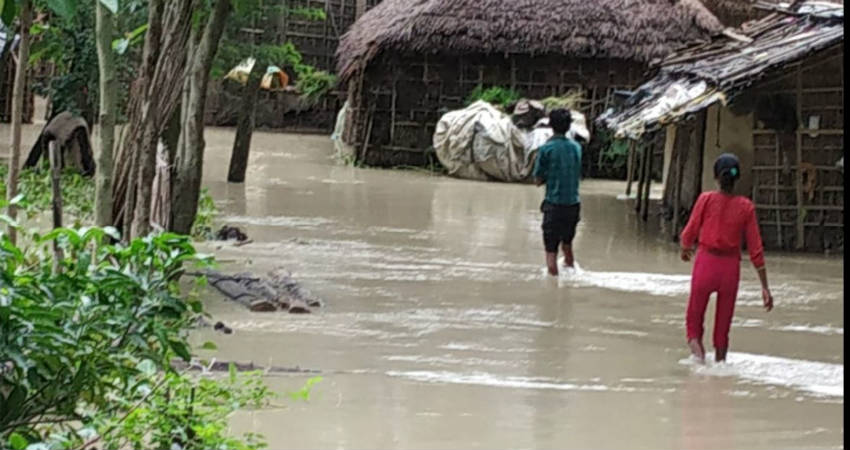 The flood fury in Bihar does not seems to be coming to an end soon, with weathermen predicting more spells of heavy rains in the next 48 hours. The next 48 hours are very crucial in terms of weather activities, as heavy rains can trigger flooding as well. Thus, caution needs to be extended for the northern districts of Bihar. Purnia, Bhagalpur, Forbesganj, Araria, Supaul, Kishanganj and Katihar needs to be watched out.

The axis of Monsoon Trough continues to pass through and through parts of Bihar and is running a little north of the normal position. This is what is conducive for causing good activities along the foothills of Bihar. The experts have to say that when the trough tends to shift toward the north or the foothills, then weather activities are mainly concentrated over the northern parts comprising Nepal as well. Also, the Monsoon Trough and Monsoon systems which form in the ocean are the main drivers for bringing rain during this time.

Relief is only expected thereafter as a low pressure area is likely to develop in North Bay of Bengal, which will then pull down the Monsoon trough down.  Post 48 hours, only normal Monsoon rains with the cloudy sky will be seen in wake of the easterlies and this pattern will continue for a week or so.

Bihar has already been facing the brunt of flooding rains and since yesterday rain activities have once again revived. The activities have picked up pace all along the foothills of Nepal as well. The recovery from furious flooding rains which was done in the last few days will once again be arrested for a while. Now, all the water bodies will have enough inflow of water in association with these rains.

At present, Bihar is rain deficient by just one percent. Whereas, in the month of June, the rainfall deficiency was beyond forty percent. At the time of Break Monsoon condition, hefty rains helped in pulling down the deficiency levels and then the state was rain surplus by 18%.