Intense Winters grip Kashmir, Ladakh, Himachal and Uttarakhand, maximums to dip to as low as 5 degrees 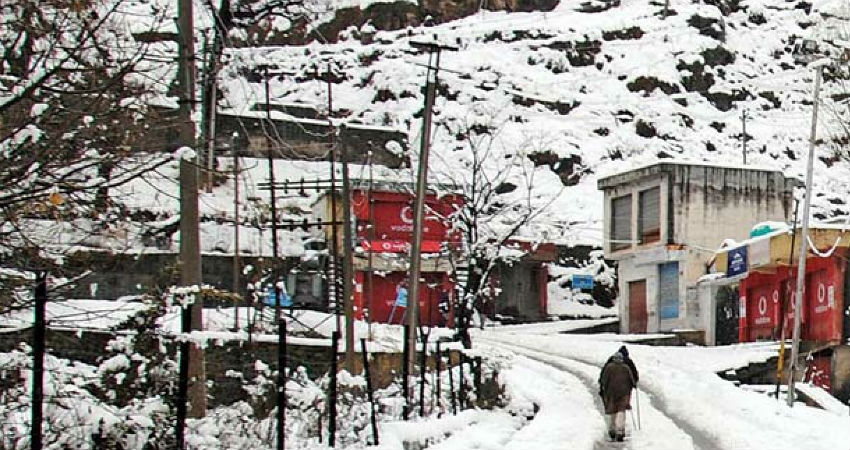 Intense winters have gripped the northern hills of Jammu and Kashmir, Ladakh, Himachal Pradesh and Uttarakhand. Minimums had already hit the sub-zero mark owing to the early snowfall in November. Famous tourist attractions like Srinagar and Manali had recorded their minimums as low as 0 degree Celcius on November 13 and 29 respectively.

The passage of multiple Western Disturbances in the month of November set up a pace for Winters. In fact, increased frequency of Western Himalayas in December intensified the winter chill, with minimums plunging further.

According to our meteorologists, minimums reaching zero or sub-zero degrees, is not something unusual for the hills during this time of the year. But, it is the falling day temperatures that play a major role in setting up cold day conditions. December sees maximums falling to single digits in the range of 8 to 10 degree Celsius, which is considered normal.

In the wake of increased snowfall, famous tourist places like Srinagar, Pahalgam, Gulmarg, Manali, Shimla, Kufri, Kothi and Gulaba would record their maximums as low as 5 degrees during the next three days.

Just like day temperatures, minimums too would remain on the much lower side. The diurnal variation i.e the difference between day and night temperature would be narrowed to 5 degrees or even less. Dense fog might surround the region with day turning extremely cold followed by extremely chilly nights.