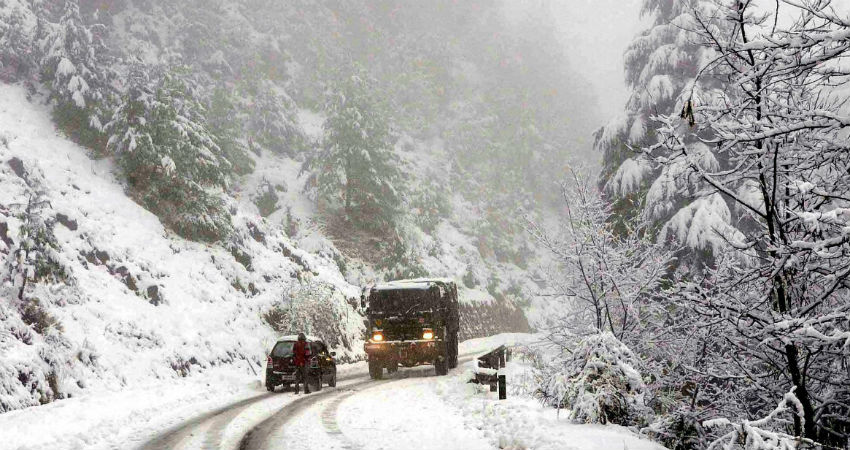 Widespread rain and snowfall activities are going to hit the hills of North India including Jammu and Kashmir, Ladakh, Himachal Pradesh and Uttarakhand throughout the week. The fifth active and one of the most intense Western Disturbances of this season would be responsible for these weather conditions.

According to Skymet Weather, the system has already reached the Western Himalayas, signalling the commencement of scattered light rain in Jammu and Kashmir, parts of Ladakh and Himachal Pradesh anytime soon. By tomorrow, the intensity would increase and there are chances of light snowfall over the upper reaches of these states.

Rain and snow would cover the state of Uttarakhand by December 12 and we can expect fairly widespread rain and snowfall along with isolated heavy spells over the entire hilly region. In fact, this would be one of the heaviest spells of rain and snow for Uttarakhand and Himachal Pradesh so far this season.

A red warning has already been issued considering chances of landslides and mudslides with hailstorm activities on December 12 and 13. There is a high risk of avalanche and rain-related incidents on these two days. Moreover, heavy snowfall may lead to blockage of the Jammu-Srinagar highway along with many other major roads connecting these states.

Understanding the gravity of the situation, it is advised to postpone travel plans as the weather would be in its most devastating form.

The situation is expected to improve from December 14, when the system would move away due to which activities will start subsiding. The remnants, however, might continue to give scattered light rain and snow until December 15.

The Western Disturbance may also extend its impact up to Northwest and Central India by inducing a Cyclonic Circulation. The effect could be seen in the form of rain and thundershowers coupled with a hailstorm during this span.