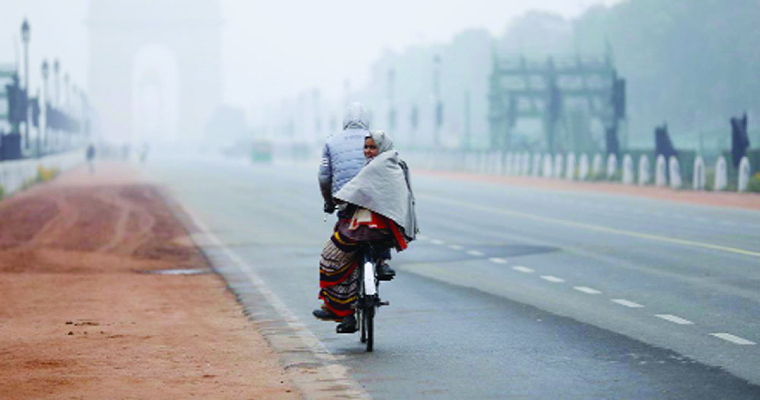 La Nina and El Nino have wide-ranging effects on weather around the globe. These are 2 phases of ENSO (El Nino – Southern Oscillation) in the Pacific Ocean. El Nino/La Nina is related to change in the temperature and Southern Oscillation addresses the variation in the pressure levels at Tahiti (French Polynesia) and Darwin (Australia). In case, the sea surface is warmer than the threshold, El Nino occurs and the cooler phase forms La Nina.

The Southern Oscillation Index (SOI) measures the difference in surface air pressure between Tahiti and Darwin, the 2 big islands in the Pacific Ocean separated by over 8000km apart. Unlike Nino indices, SOI is represented by monthly averages, as daily readings or even weekly values fluctuate significantly. When the pressure is lower than normal in Tahiti and higher than normal in Darwin, it amounts to -ve SOI and is favourable for El Nino. However, the +ve phase of SOI is more synonymous with the La Nina event. 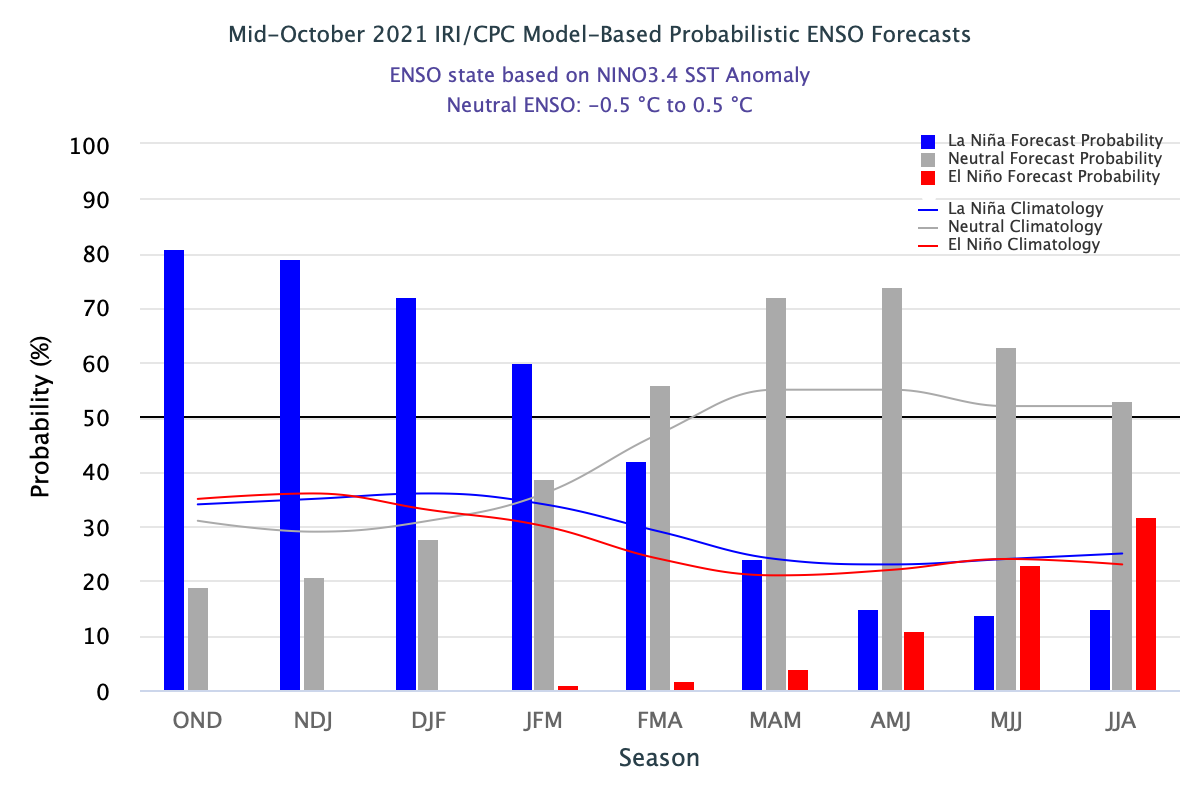 ENSO: ENSO has a major influence on weather and climate patterns such as heavy rains, floods and droughts. In India, El Nino is known for corrupting monsoon rains while La Nina is associated with strong monsoon and above-average rains and colder winters. La Nina conditions are becoming stronger in the Pacific. The threshold markers over the Nino3.4 region has sustained a value of -0.5°C for 2 consecutive over-lapping seasons of July-August-September and August-September- October. Equatorial sea surface temperatures continue to be below the average across the central and east-central Pacific Ocean. La Nina is expected to continue with an 85% chance in December 2021- February 2022. 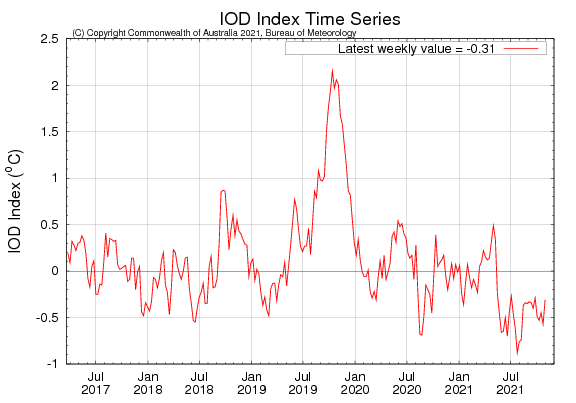 Return to neutral IOD is quite likely in the next few weeks. This is consistent with the typical life cycle of an IOD event, which invariably gets defused towards the fall of the year or early winters. 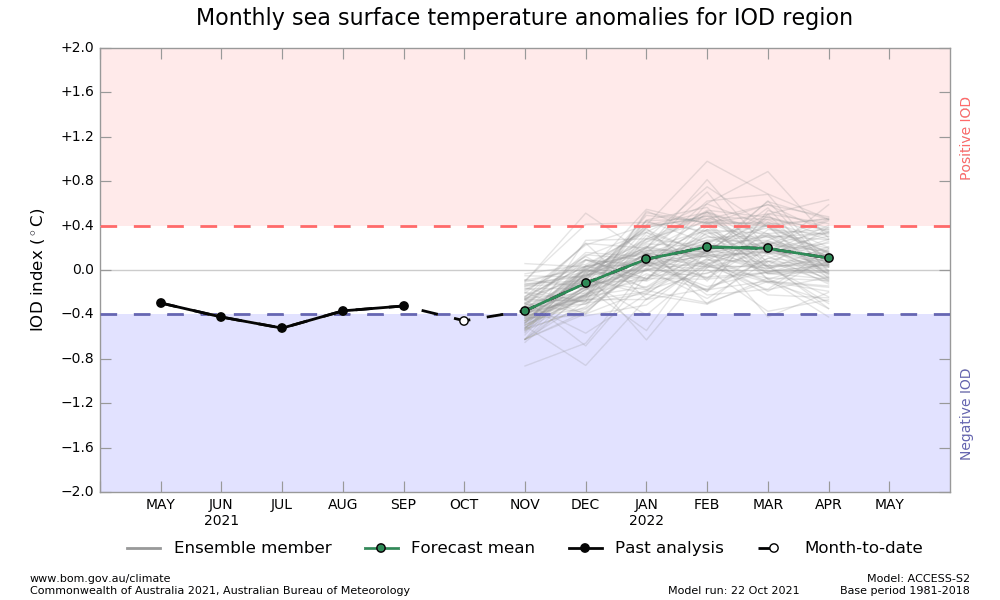 MJO: Unlike a standing pattern like the ENSO and IOD, the MJO is a travelling pattern that propagates eastward at approximately 4-5m/s, through the atmosphere above the warm parts of the Indian and Pacific Oceans. The duration of the life cycle may vary from 30-90 days. Currently, MJO is parked over the Indian Ocean, albeit with low amplitude. However, it remains favourable for enhancing the northeast monsoon activity over South Peninsula.

All the 3 oceanic parameters: La Nina, IOD and MJO appear to be resonating and are likely to be in tandem during 1st half of November. While the monsoon rains over South Peninsula are likely to be adequate but the possibility of any cyclone is nearly ruled out in the next 2 weeks.