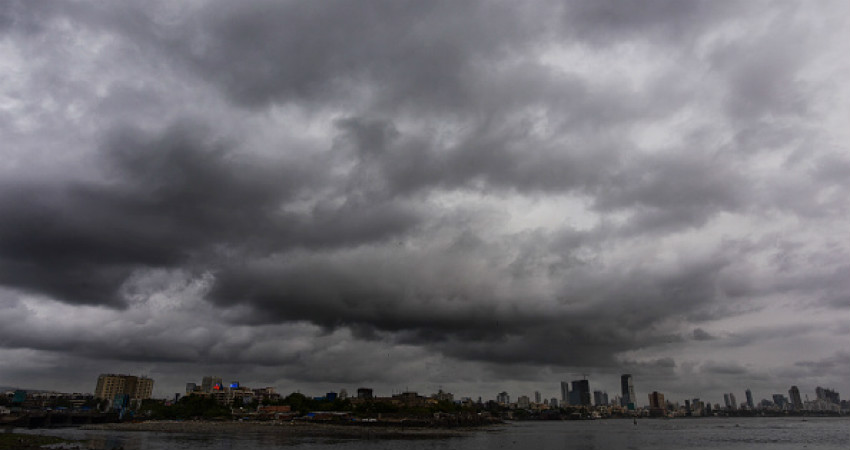 During the last 4 weeks, sea surface temperatures (SST’s) continued to be below average across the equatorial Pacific Ocean. Apparently cooling is more prominent over West Central and Central Equatorial Pacific as compared to Eastern Equatorial Pacific. In the last week, easterly wind anomalies strengthened over the East-Central Pacific. In the last 2 months, -ve sub-surface temperature anomalies have persisted from Central to Eastern Pacific Ocean pointing to a cool thermocline (sea surface – 150mtr deep). This goes on to show that the Pacific Ocean is sufficiently mild albeit with a slow march towards neutral conditions. 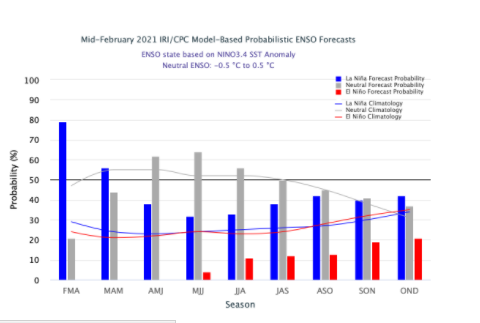 The numerical model averages predict La Nina to continue into the Northern Hemisphere Spring 2021, returning to ENSO-Neutral during April – June and persisting through fall 2021. 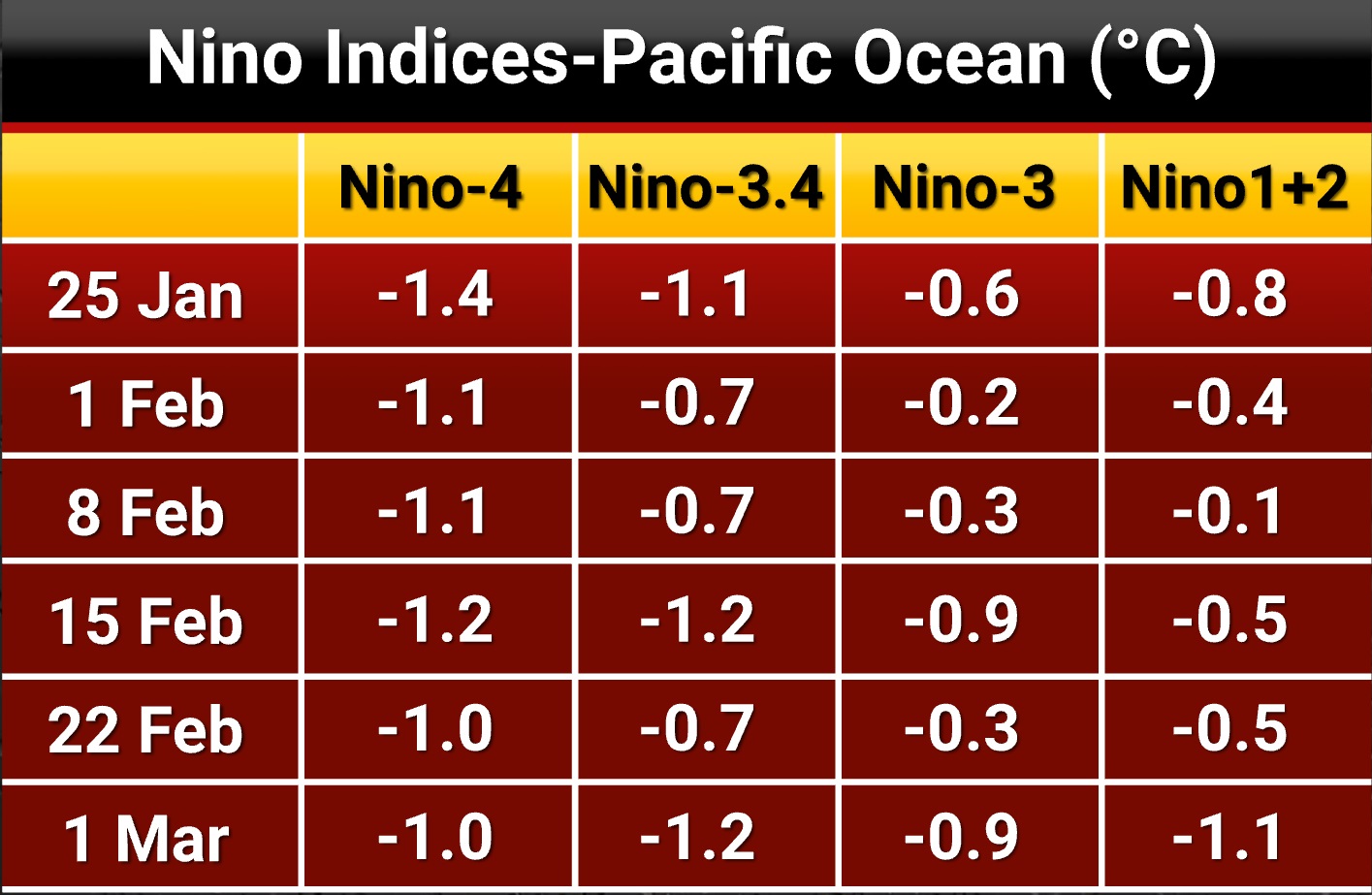 SST’s in the Indian Ocean are slightly warmer than average across most parts. The latest weekly value of the Indian Ocean Dipole (IOD) index to 28th February was -0.15°C. Most models expect it to remain neutral through the springe. 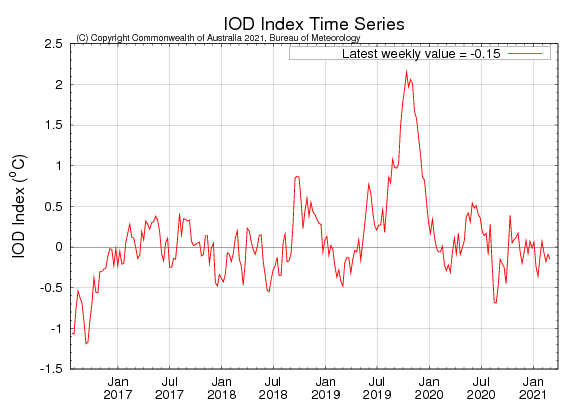 Oceanic temperature is expected to become slightly cooler than average at the commencement of Southwest Monsoon season. No big support may come from IOD in the initial phase of the monsoon.