La Nina on the way, will influence Northeast Monsoon and winter rains over North India 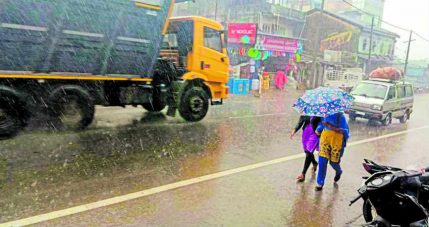 The Pacific Ocean continue to cool at a steady pace. Even the thermocline layer is getting deeper with lower than average temperatures. The La Nina event is gradually building up and will be visible shortly during winters of the Northern Hemisphere.

ENSO: In mid-September, sea surface temperatures (SST’s) in the east-central Pacific were -0.4°C different from the average. Atmospheric conditions remain consistent with ENSO-neutral. However, La Nina ‘watch’ remains ‘on’, since September. A majority of models predict SST’s to cool further through the winter and then return to ENSO-neutral levels during the late spring months. There is a general consensus, for La Nina to emerge during Nov-Dec-Jan and persist through the winter and early spring season of the Northern Hemisphere. Subsequently, this will return to ENSO-neutral in the late spring and early summer of 2022.

La Nina is characterized by a -ve Ocean Nino Index (ONI), <= -0.5°C. To be classified as La Nina episode, these thresholds must be exceeded for a period of at least 5 consecutive overlapping 3-month seasons. The Nino 3.4 index is the primary metric for ENSO. The September Nino 3.4 index was -0.4°C. Also, another supporting factor for the Nino 3.4 index to remain cooler than the La Nina threshold is the large amount of cooler-than-average water beneath the surface of the equatorial Pacific. The atmosphere is also responding to cooler-than-average surface water. Additionally, the low-level winds which usually blow from east to west were stronger than average as were the west to east winds in the upper atmosphere. The Nino indices over the last 4 weeks have dropped below the threshold over Nino 4 and Nino 3.4 region. 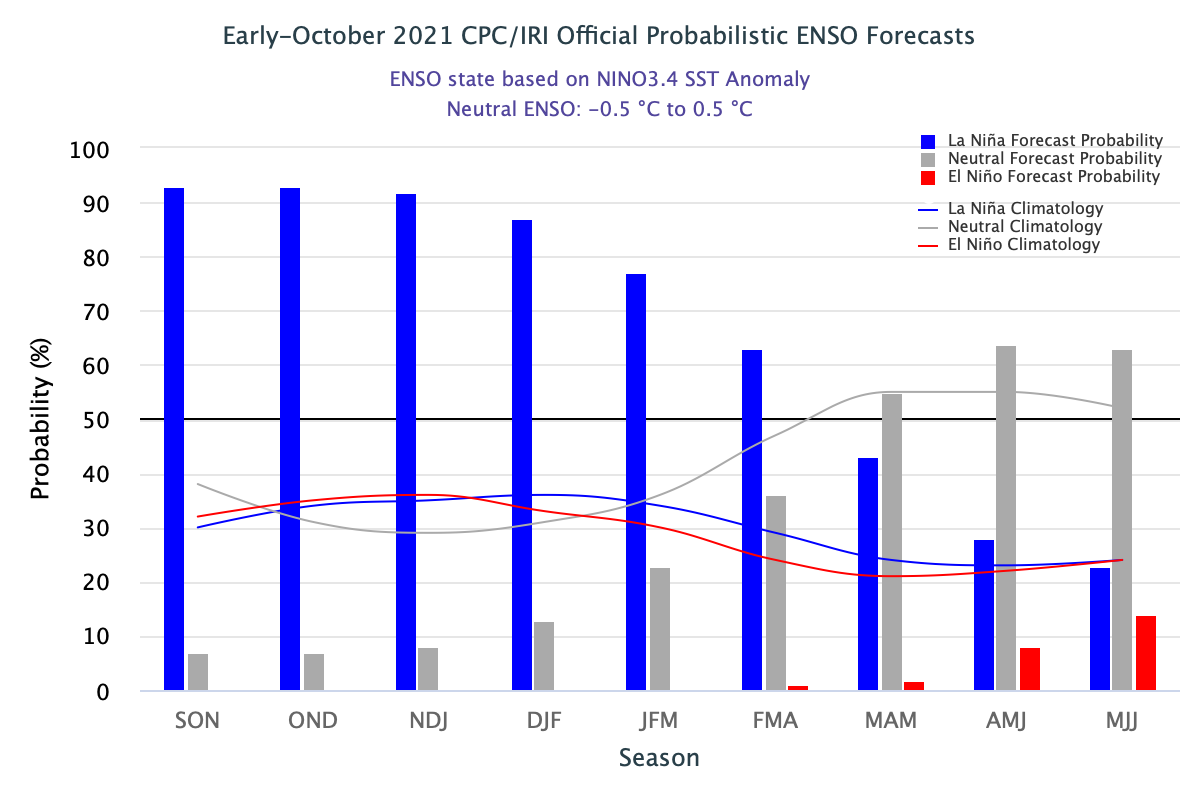 IOD: Indian Ocean Dipole index has remained below the threshold of -0.4°C for the last 3 consecutive weeks. The respective values on 03rdOct and 10thOct were -0.49°C and -0.53°C. The latest weekly reading of the IOD index to 17thOct 2021 was -0.45°C. Most climate models indicate, that the IOD value for November will be within the neutral range. This is consistent with the typical life cycle of an IOD event which mostly dissipates in the early winters of the Northern Hemisphere. 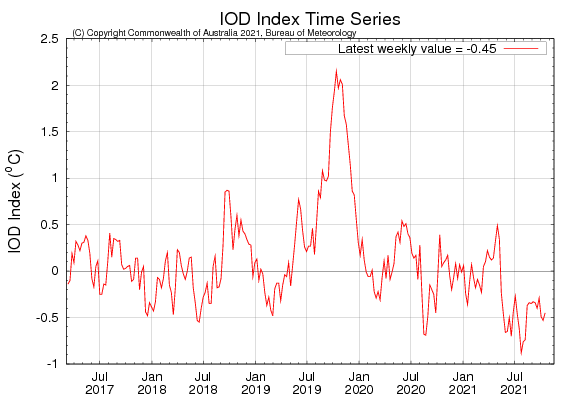 MJO: From Maritime Continent, Madden Julian Oscillation will again get back to the Indian Ocean, albeit with low amplitude. Rainfall activity will get enhanced over the Bay of Bengal and the South Peninsula. This may also catalyse the onset of the Northeast Monsoon over South India.

Oceanic parameters are joining together to bring an active start of the Northeast Monsoon over Tamil Nadu to start with. Also, La Nina and +ve SOI (Southern Oscillation Index) is considered favourable for northeast monsoon activity during the 2nd half of the season.