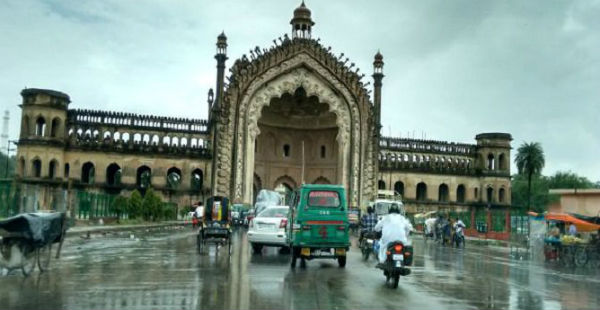 Dry and warm weather conditions are prevailing over most parts of Uttar Pradesh since last many days. Weather was cloudy over the state on March 14 and March 15. Along with this, light to very light rains also occurred at few places over Uttar Pradesh.

Due to these weather activities, temperatures dropped significantly over many parts of the state. Since then temperatures are seen in the lower 30s.

Now an active Western Disturbance has induced a cyclonic circulation over Central Pakistan and adjoining Rajasthan and a trough is expected to form from Haryana to southeastern parts of Uttar Pradesh.

Thus, rains will commence over Northwest Uttar Pradesh on March 21 and gradually the foothills of West Uttar Pradesh. Central and east districts will also start receiving scattered light to moderate rain till March 22.

Lucknow, Shahjahanpur, Varanasi, Gorakhpur, Fursatganj, Kanpur and Sultanpur are among the places which are likely to witness rains.

The districts of Southwest Uttar Pradesh such as Agra, Mathura, Aligarh will remain almost dry.

Temperatures are also expected to fall by 2-3 degrees leading to comfortable weather conditions by March 23. Thereafter, the weather system will move away, and sky will become clear.

Temperatures will rise but will remain around mid-30s, and we do not expect significant rise because dry and cool northwesterly winds will not allow the temperatures to register a steep rise.