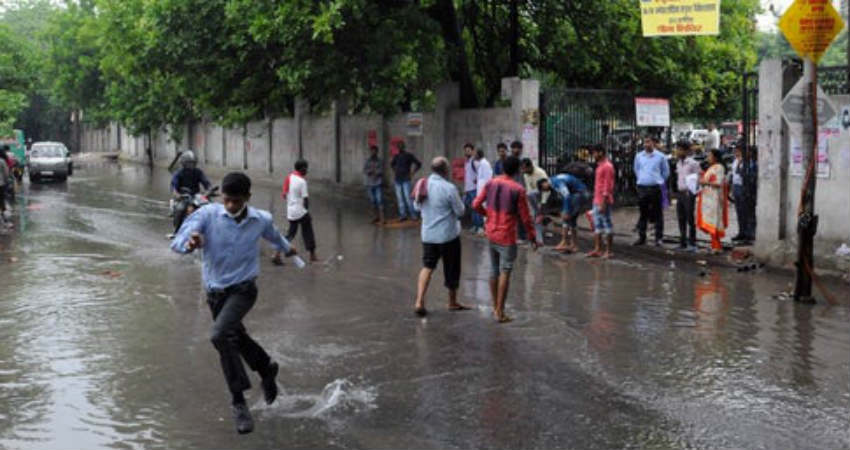 Monsoon rains are once again all set to revive over Uttar Pradesh. Last 24 hours have already seen light to moderate rain and thundershowers over many parts of East Uttar Pradesh. Places like Varanasi, Gopalganj, Hamirpur, Hardoi have recorded moderate rains, while light rains were witnessed over Lucknow And Gorakhpur. All thanks to the low-pressure area which is marked over Gangetic West Bengal and adjoining areas of North Coastal Odisha.

As a result, rains would also cover parts of west and central Uttar Pradesh. Meerut, Bareilly, Rampur, Shahjahanpur, Muzaffarnagar, Lucknow, Kasganj, Bareilly, Kanpur and Badaun could also see light to moderate rains with one or two short spells of intense heavy rains during the next 24 to 48 hours.

However, rains would reduce on August 15 across the state. However, West Uttar Pradesh could once again see some more rains on August 16 and 17.

Please Note: Any infomation picked up from here must be attributed to Skymet Weather