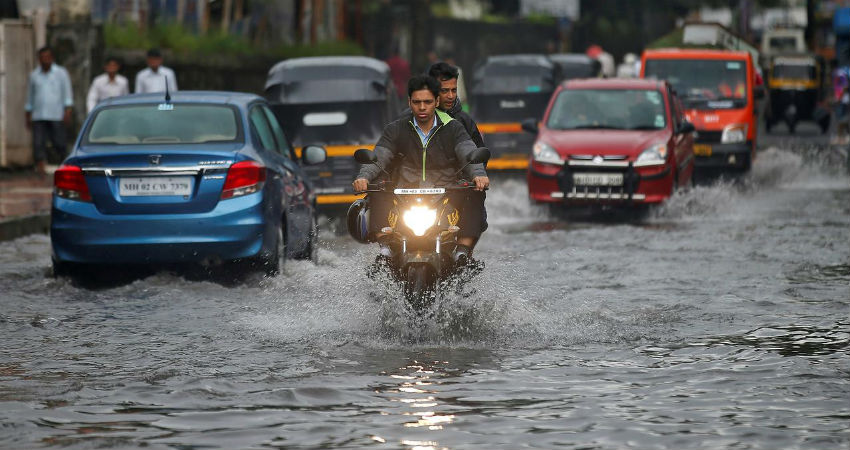 Mumbai monsoon onset this year was with military punctuality, on dot 09th June. It was an emphatic beginning with 3 digit rainfall on three successive days with a double century in between on 10th June. Courtesy heavy rains at the outset of the monsoon, Mumbai has gathered a total rainfall of 914.1mm till now, which is 554.1mm in excess of normal. It exceeded its monthly average of 493.1mm in the early days to become the 3rd highest so far in the last 10 years.

Mumbai has seen different shades of weather in the opening month of the monsoon. Pre-monsoon showers in the 1stweek were mostly light with 114mm rainfall between 01st-07thJune. With the advent of the monsoon, sky opened up literally and the rainstorm swept the financial capital on 3 days in a row from 09thto 11th June. 2nd week between 08th and 14th accumulated 604mm of deluge including 2 century and 1 double century rainfall on 09th, 10th, and 11th June. 3rd week remained mostly dormant except one day, 17th June to measure 83mm rainfall in 24 hours. The city has nearly dried up thereafter, adding just 73mm in the last 6 days.

Mumbai rains pick up with the formation of a monsoon weather system in the Bay of Bengal. The last downpour was also with similar conditions when the maiden low pressure of the season formed over the Bay of Bengal on 10th June. Presently the monsoon surge is weak and mostly confined to east and northeast India. In the next 3-4 days, the monsoon trough may also shift close to the foothills, limiting the rainfall activity to the northeast region in the remaining days of June.

The next few days for Mumbai and suburbs will find light to moderate showers only. These showers will also be sporadic and temporary in nature. Mild weather activity will mostly be confined in the night and early morning hours. The remaining days of the month may add another 50-60mm of rainfall. Therefore total rainfall of June may not make it to the four-digit as it happened earlier in June 2013 and 2015.