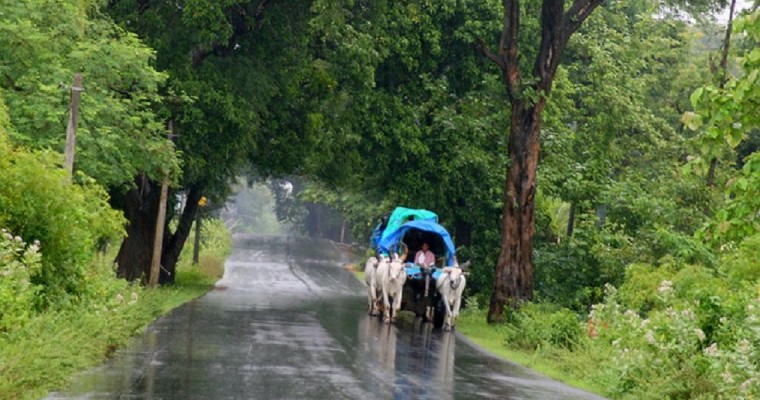 The diverse stand of La Nina over Pacific and Indian Ocean Dipole (IOD) in the Indian Ocean is raising the complexity of Monsoon 2022. La Nina remains the powerful of the two, but -ve IOD events will be under the scanner for any adverse effects.  MJO is a transiting factor and visits only 3-4 times over the Indian Ocean during the entire monsoon season. Though, its duration remains limited but effective for inducing tropical deep convection. 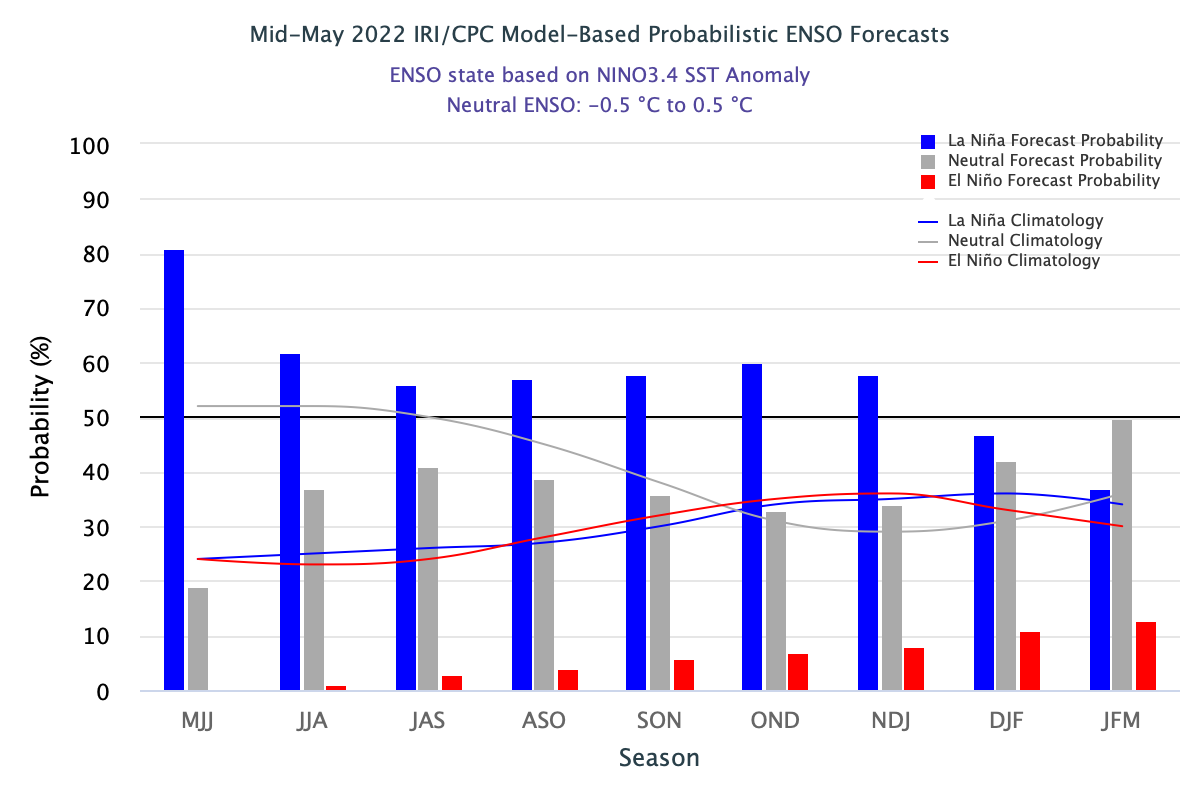 ENSO: Equatorial Sea Surface Temperatures are below average across most of the Pacific Ocean. The tropical Pacific is consistent with La Nina. Oceanic Nino Index (ONI) is consistently below -1°C for the last 5 weeks. It is expected to retain such margins for the coming weeks. 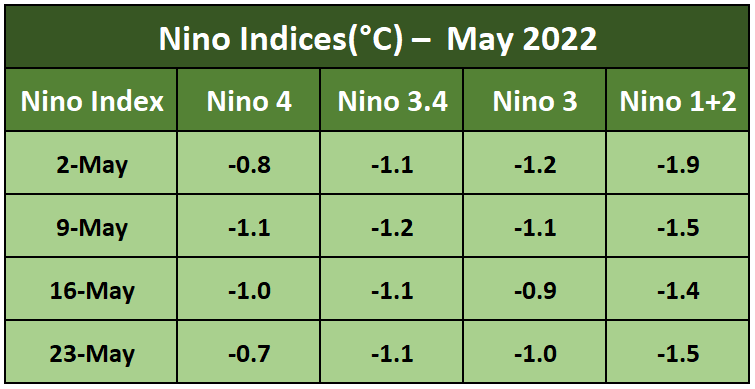 El Nino typically lasts for 9-12 months and La Nina for 1-3 years. They both tend to develop during Mar-Jun, reach intensity during Dec-Apr, and then weaken during May-July. El Nino and La Nina are strongest during Dec-Apr because the equatorial Pacific SSTs are normally warmest at this time of the year. Consequently, slight warming due to El Nino can result in a major redistribution of tropical rainfall. Similarly, slight cooling due to La Nina can restrict the tropical convection to Indonesia. During La Nina, the trade winds are easterly and stronger and the pocket of deep convection shifts too far west of the dateline.

IOD: Indian Ocean Dipole is currently -ve. The IOD has drifted more towards sub-zero values for the last 2 weeks. It has now dipped below the threshold of -0.4°C. The latest IOD index value for the week ending 22nd May was -0.55°C. There is general consensus amongst numerical models for -ve IOD events to develop in the coming months. Model inference needs to be weighed with caution as accuracy remains low at this time of the year. It begins to improve significantly during June. A -ve IOD increases the chances of suppressing monsoon bursts over the Indian sub-continent. 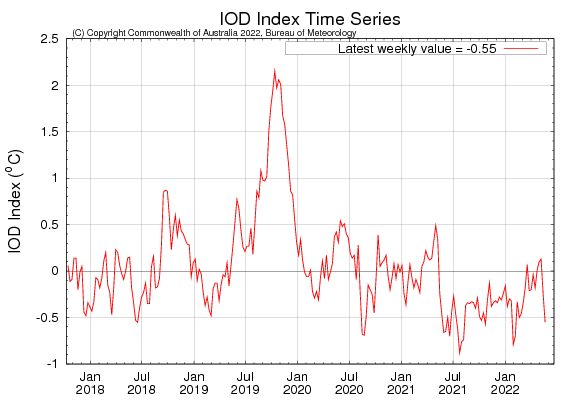 MJO: The Madden Julian Oscillation has recently weakened. It is likely to move to the western Pacific in phase 6. This will enhance the westerly wind anomalies in the equatorial Pacific. Such a trend typically weakens La Nina conditions.

The role of La Nina and IOD will be interesting to watch in the opening monsoon month of June. Undoubtedly, La Nina is an established event, whereas IOD is yet to take steady shape. More clarity is expected over the next 3-4 weeks.

Dry week ahead for Rajasthan, Gujarat, and Madhya Pradesh

After a gap of six days, maximum in Delhi crosses 40 degrees Celsius