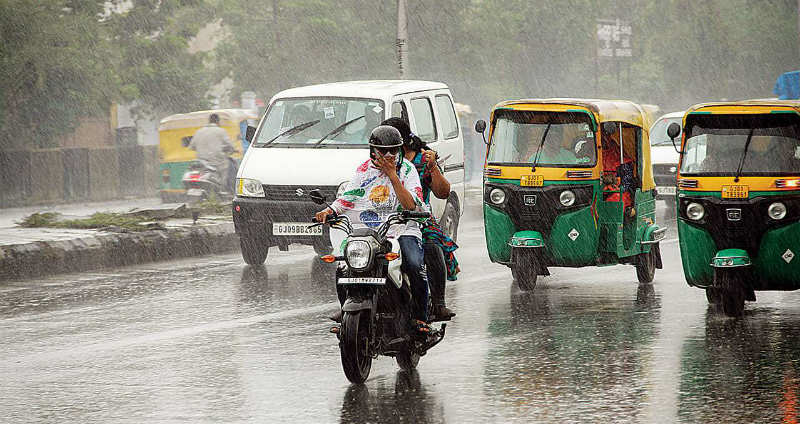 During the last 48 hours, parts of Tamil Nadu have been receiving intense rain and thundershower activities. Coonoor recorded heavy rainfall on consecutive days. During the last 24 hours, very heavy rain occurred over Pondicherry, Cuddalore, Coonoor and Parangipettai. During the same period, Pondicherry recorded 192mm, Cuddalore 186mm, Parangipettai 71mm and Coonoor 58mm of rain. Chennai and suburbs recorded light to moderate rain with isolated intense spells. Now the intensity of rain may increase over Tamil Nadu during the next 24 hours.

The month of February is the least rainy month for most of the South Peninsula including Tamil Nadu. These heavy showers can be termed as unseasonal and rare weather activity. The reason for these heavy rains can be attributed to a North-South trough, which is running from North East Bihar to the south-east Arabian Sea across Jharkhand, Chhattisgarh, Telangana, Rayalaseema, south interior Karnataka and Kerala in mid-tropospheric levels. Another trough is extending from the South West Bay of Bengal to the South Odisha coast across coastal Tamil Nadu. The formation of such a deep trough is there in the month of February and March. Therefore, this time it can be seen as an exception.

Moderate to heavy rain may continue for another 24 hours over the north coastal parts of Tamil Nadu as well as over the south Andhra Pradesh coast. After that, rain activities will fade away. The maximum temperatures which has dropped due to cloud cover and rain will once again start increasing.