Severe Cyclone Maha may head to Gujarat, heavy rains likely if it re-curves 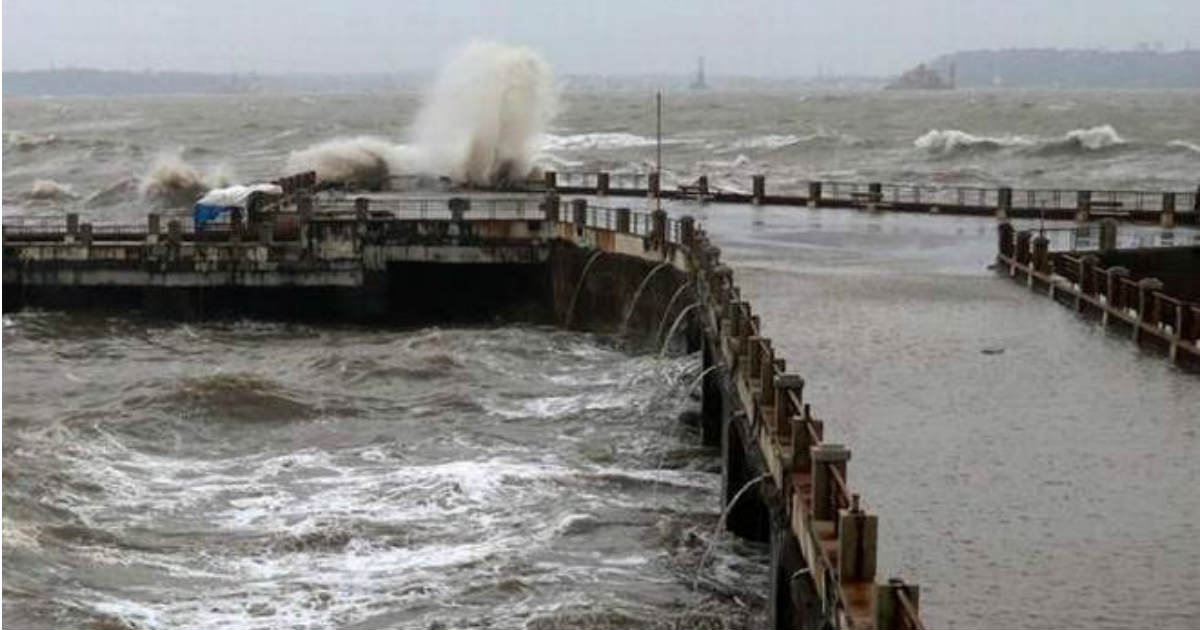 In turn of events, Severe Cyclone Maha may now head towards Indian coast of Gujarat. Until yesterday, majority of the weather models have been suggesting west-northwest movement towards Oman or Yemen coast. However, the story is other way around today as weather models are indicating towards severe cyclone Maha re-curving and tracking northeast towards Gujarat. However, we need wait and watch for another 48 hours for a better picture.

According to Skymet Weather, Maha would continue to track northwestwards and thereafter move west-northwestwards till November 5, re-curving northeastwards thereafter. Simultaneously, it would intensify into a Very Severe Cyclonic Storm over east-central Arabian Sea. 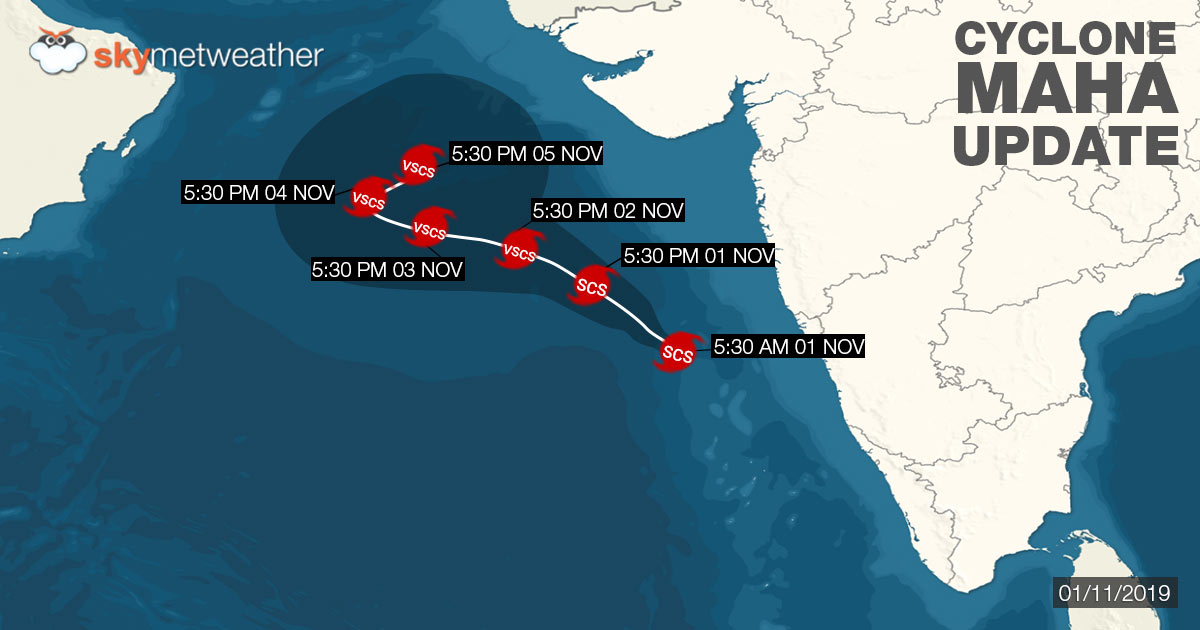 The impact of the system is already seen over parts of Gujarat. Cyclone Maha would be infusing moist winds over Gujarat. According to weathermen, scattered light to moderate rain and thundershowers are likely over Somnath, Junagarh, Amreli, Bhavnagar, Valsad, Navsari, Surat, and Bharuch today and tomorrow. Light rain are also over Ahmadabad, Rajkot, and Mehsana.

Although we do not expect heavy rainfall over Gujarat, but sea conditions would remain rough to very rough over South Gujarat coast until November 3. Wind speed to the tune of 40-50 kmph gusting up to 60 km. Fishermen are also advised to exercise caution while venturing out in the open waters.

By November 3, as the system moves west-northwestward, rains would reduce over Gujarat. However, as Cyclone Maha re-curves around November 5 and start moving towards Gujarat coast, rains would once again pick up pace. We can expect moderate to heavy rain and thundershowers on November 6-7.

Most likely, if the cyclone re-curves, by the time it would hit Gujarat coast, it would have lost its status of a cyclonic storm. As it moves northeastwards, closer to the coast, Maha would encounter moderate to strong vertical wind shear and cooler sea surface temperatures. Also, proximity of the coast, would also lead to cut off in moisture levels. All these factors would lead to weakening of the now severe cyclone Maha and is most probability, the system would cross Gujarat coast as deep depression or depression only.

As reiterated, 80 per cent of the cyclones forming in Arabian Sea during this head to Oman or Yemen coast, but few also re-curve head towards Indian coast.

Rain in Bengaluru to continue with short breaks in between

Delhi Pollution may not increase during next 4 days

Unseasonal rains may impact harvesting in many states

Weather update and forecast for October 17 across India