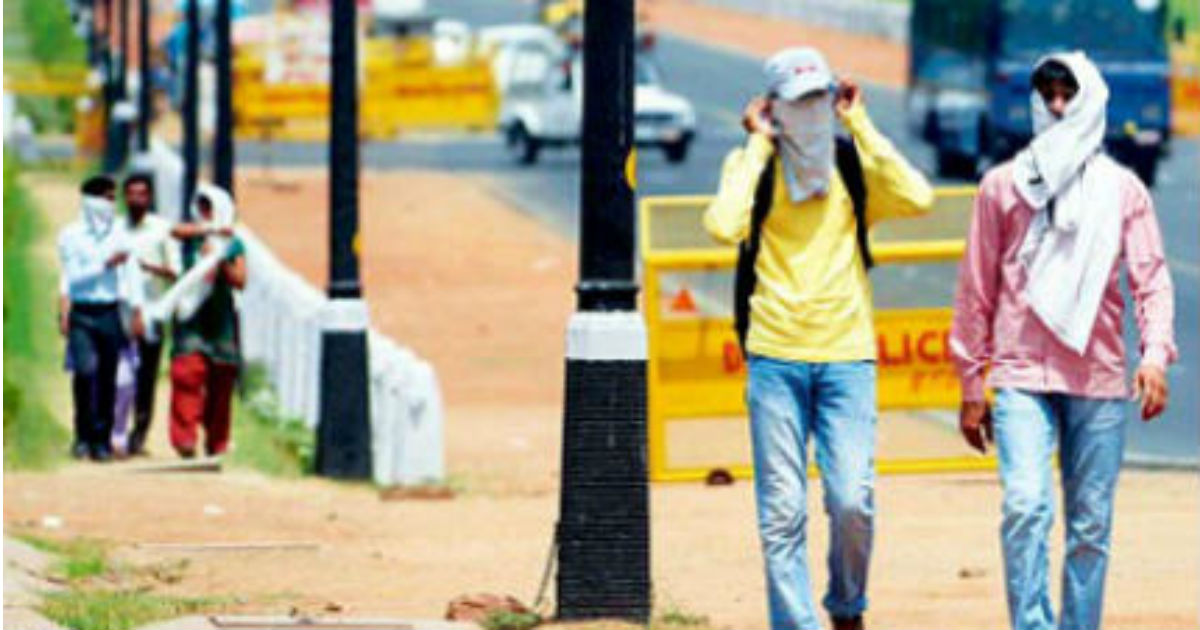 Severe heat wave tightened its grip over Delhi-NCR as temperatures soared to scorching 46.8°C on Thursday afternoon at Palam Observatory. This is the day maximum since 2013, which on May 24 had recorded maximum temperature at 47.2°C.

Safdarjung Observatory was also not far behind as mercury settled at 44.7°C. Weatherman at Skymet Weather has already issued heat wave alert for the national capital for the next few days.

City roads wore a deserted look as extremely hot weather conditions wreaked havoc. Boiling winds made the feel like temperatures even higher. Although heat wave is not unusual for Delhi-NCR but such high temperatures are also not very common.

What is worrying that Delhi and adjoining areas of Noida, Gurugram and Faridabad are not likely to see any relief from ongoing heat wave condition in the coming days, at least for the next 4 days.

At present, two-third of the country is reeling under heat wave to severe heat wave conditions. Particularly states of Maharashtra and Telangana are recording maximum temperatures over 46°C over several places.

In absence of any weather system, unabated hot and dry northwesterly winds have been reaching northwestern and central parts of the country. These winds are travelling from Sindh, Pakistan and Rajasthan, which are already battling even hotter weather.