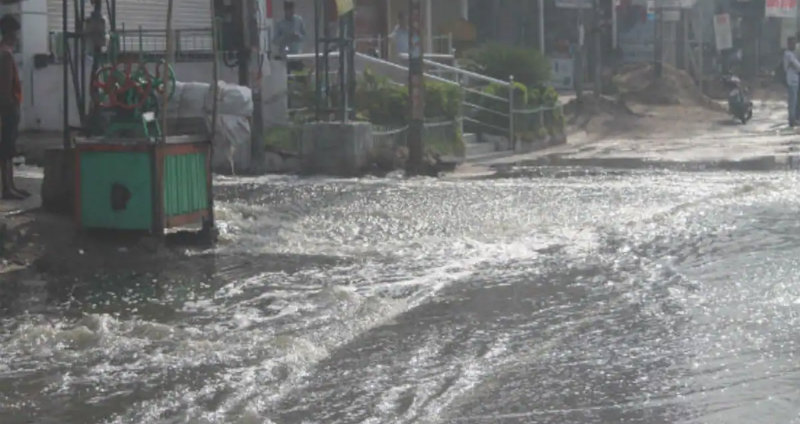 The deep depression has crossed Andhra Pradesh coast near Kakinada on the morning of October 13th. It has already given heavy to very heavy rain and thundershower activities over the south coast of Odisha and Andhra Pradesh. Many parts of Telangana including Hyderabad, Hanamkonda, Nalgonda, Medak, and Khammam have already recorded moderate to heavy showers.

After crossing Andhra Pradesh coast, the deep depression has weekend and now lying as a depression over Telangana and adjoining Andhra Pradesh. Heavy to very heavy rains are expected over many parts of Telangana until tonight. Localised flooding and flash floods cannot be ruled out. This system will continue to move in West North West direction towards Maharashtra and will get weaken further into a low pressure area by tomorrow.

These rains are considered as unseasonal rains, particularly for Telangana and Maharashtra. However, Telangana sometimes receives moderate to heavy showers in the wake of depression of cyclones forming over the Bay of Bengal but for Maharashtra, these rains are rare and unseasonal.