The Busiest stretch of NH 4 between Pune and Bengaluru damaged, courtesy landslide 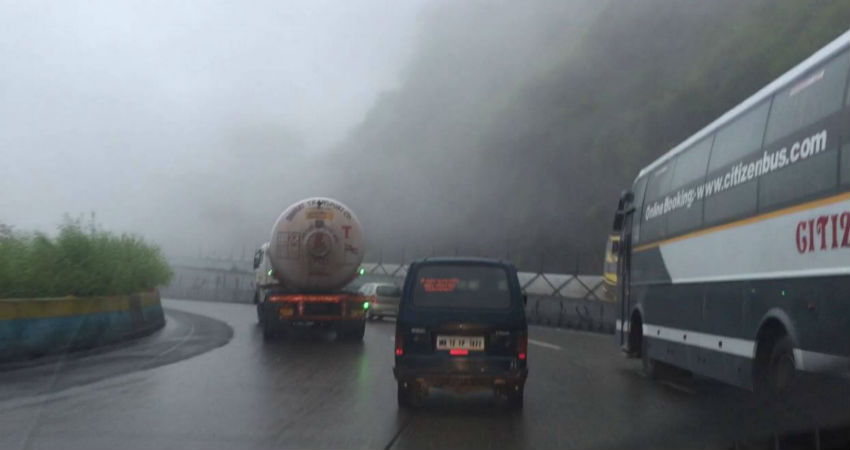 The National Highway 4 has been damaged due to a landslide caused by continuous rains near Karnataka and Maharashtra border. The damaged road falls at Shiroli, near Kolhapur. In fact, heavy to very heavy rains are being witnessed in Kolhapur for the last three days. Owing to the impact of the landslide, the road has broken into parts bringing the vehicular movement on this busy stretch to a grinding halt.

On August 4, Kolhapur recorded 51 mm, on August 5, 102 mm of rains. In the past 24 hours, heavy rains of 128 mm have been recorded. These incessant rains are very likely to further worsen the situation. Also, the nearby districts of Satara are receiving heavy rains since the beginning of August. In the last 24 hours, it has received 52 mm while on August 4 it recorded 85 mm.

Another place which is located at North Interior Karnataka called Dharwad near Maharashtra recorded heavy rains of 74 mm. Thousands of vehicles ply on this busiest stretch of NH on a daily basis which connects Belagavi to Pune via Kolhapur.

Now, the Monsoon surge is active over Coastal Karnataka, therefore we expect such more rains to continue for another 24 to 48 hours, Thereafter, the intensity will take a dip.

In wake of torrential rains since the beginning of August 1, many parts of Madhya Maharashtra have received extremely heavy spells which have led to rain surplus.