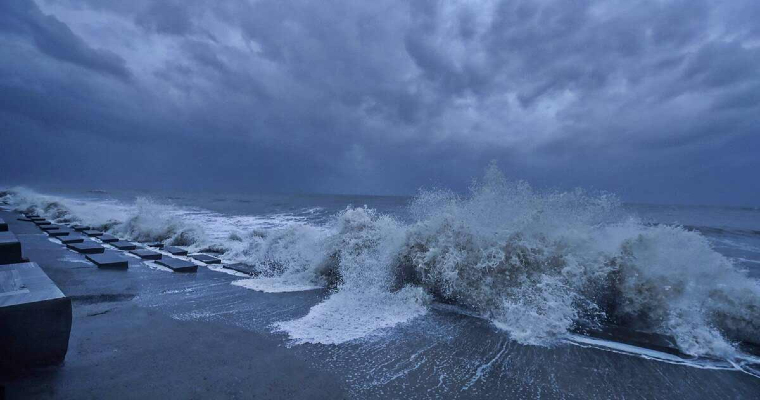 A Cyclonic Circulation lies over South Andaman Sea. Under its influence, a low-pressure area is likely to form over this place during the next 24 hours. This low-pressure area can become more powerful and turn into a depression. It is likely to move west-northwestwards and reach north Andhra Pradesh or south Odisha coast in the Bay of Bengal by December 3. There is a possibility of it turning into a deep depression in the Bay of Bengal. But it is difficult to say whether it will turn into a cyclonic storm or not. If it turns into a cyclone, it will be named Jawad. From 3rd December to 5th December, heavy rainfall is likely to occur over Odisha and West Bengal coasts along with the North Andhra Pradesh coast. Sea condition will remain rough to very rough. There will be high waves in the sea and at the same time, the speed of the winds will also be very high. Wind speed can be 60 to 70 kilometres per hour, in some places, winds are also likely to blow at a speed of 80 to 90 kilometres. Between December 3 and December 5, fishermen are advised not to venture into the sea and take precautions. Skymet Weather is keeping an eye on the system and will keep updating the same from time to time.