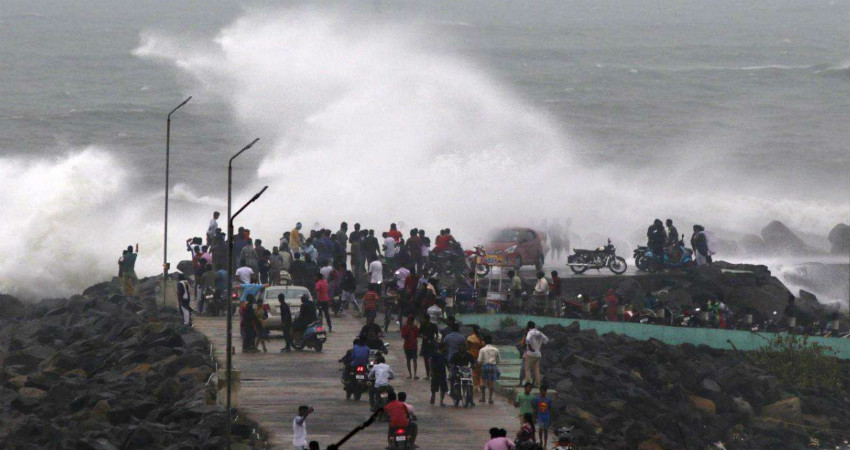 This is that time of the year when Andhra Pradesh is all set to brave yet another cyclonic storm. Very severe cyclonic storm Fani is brewing over Southwest and adjoining Southeast Bay of Bengal, moving north-northwest towards the Indian coast.

Though Andhra Pradesh is not directly in the firing range of Fani, but would have to brave heavy rains and some inclement weather conditions in the coming days.

Very Severe Cyclone Storm Fani would be most powerful when it would be abeam Kavali. It is expected to gradually move in northwest direction and intensify further into an extremely severe cyclone by May 1.

Though at present, Fani is far in the sea waters but impact of such strong cyclonic storms could be seen till hundreds of kilometers. Thus, light to moderate rainfall at a few places are very likely over south coastal Andhra Pradesh during next 24 hours.

The system would travelling parallel to the Indian coast but would maintain a fair distance from the coast. The rains would commence over parts of Andhra Pradesh on May 1. Wind speed would also start increasing, in order of 60 kmph -70 kmph, gusting 80 kmph-90 kmph.

Rainfall is likely to decrease over the adjoining districts of north coastal Andhra Pradesh by May 3, While, isolated light to moderate rains might continue over Vizianagaram and Srikakulam. Post May 3, the weather would become almost dry with isolated light rains. The sea conditions and wind speed would improve gradually.

NDRF (National Disaster Response Force), National Crisis Management Committee, and Navy are already on alert. Naval ships in Visakhapatnam and Chennai are on stand-by for relief and rescue operations.