9 out of 10 Global Risks of the Decade related to Climate Change, warns World Economic Forum 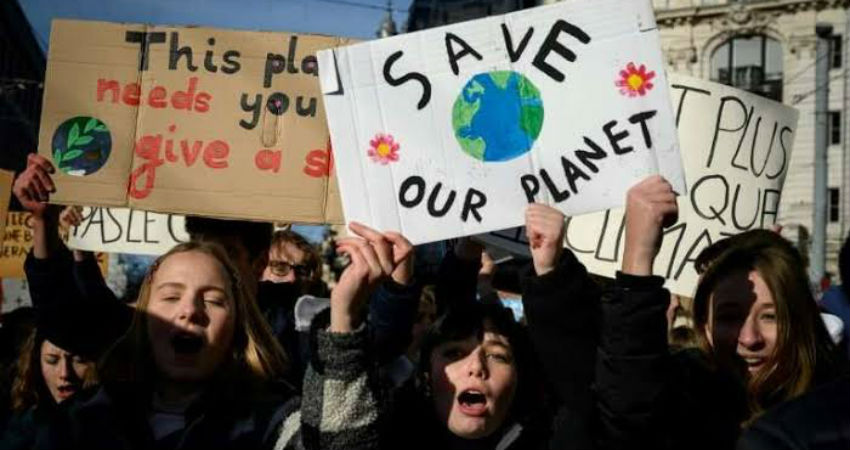 This year too is not going to be any different and will continue seeing warmer temperatures. The World Economic Forum (WEF) holds a January conference in Davos, Switzerland talking about the risks that the world faces. Before the event, the WEF releases a detailed report of those risks, and climate change this time is the biggest concern since the forum’s launch in 2006.

We can expect extreme weather events to remain on the rise in 2020 with heavy rains in pockets, intense heat in some areas, widespread lightning and thunderstorm along with massive floods in many parts.

Natural Disasters in terms of weather systems that amount to large scale destruction in some parts are also expected. Thus, the frequency of events like hurricanes, Typhoons, Cyclones, Tornadoes etc. will only see a massive rise.

Talking about Human Made Environmental Disaster and Climate Action Failure, though everybody has pledged to contain Global Warming at 1.5 degrees, going by the present trend, nothing really has been done due to which the temperatures will continue to be on the rise. Thus, rise in sea Levels, melting on glaciers, and risk on coastal cities will not be as abnormal as they used to be. The whole Climate Action Plan has been nothing except being a failure at this stage.

The Top 5 Risks by Impact included Climate action failure, Weapons of mass destruction, Biodiversity loss, Extreme weather and Water crises. It seems clear that out of the 10 risks both by likelihood and impact, except for one, all point out at Climate Change.

It is feared that Biodiversity Loss along with Water Crises will become a common affair. The Amazon Fires and long ongoing Australian Bushfires are the biggest example of loss in biodiversity where several species of plants and animals remain on the verge of extinction.

The South African Water Crises has been another example which does prove that something concrete needs to be done so as to avoid other areas of the world facing similar water problems.

For achieving the 1.5 degrees Celsius cap, it is necessary to reduce human-produced carbon dioxide emissions from 2010 levels by 5 percent until 2030, a number which does not really look achievable as of now.

To hold this warming at 1.5 degrees Celsius above the pre industrial levels, which is the target as of now, the global emissions will have to be cut by 7 percent every year between 2020 and 2030. Thus, emissions by 2030 would have to be 55 percent lower, which is a big cut.

As of now, despite the commitments, emissions are on the rising side by 1-1.5 percent for the past several years, which means that in the coming time, in case we want to curtail it at 1.5 degrees, deeper and faster cuts will be required.

The difference between the Global Warming being at 1.5 degrees over the pre-industrial levels and 2 degrees Celsius above the levels is that by adopting 1.5 degrees, Global Temperature rise will lead to less human harm as compared to 2 degrees.

Meanwhile, at 2 degrees, on an average, 4 inches of sea rise is expected. In that scenario, the chances of seeing an ice-free Arctic Ocean in the summer months become tenfold. Along with this, coral reefs will be lost completely.

If nothing much is done and the trend continues, by 2100, The Global Warming will increase to 3.2 degrees, which will end up being catastrophic.

Therefore, before the first global gathering of the decade, it is imperative that Climate Change does get the front seat and proper action is taken to curb Climate Fires, Sea Level Rise and Glacier Melting and so on, well, the list is far too long.