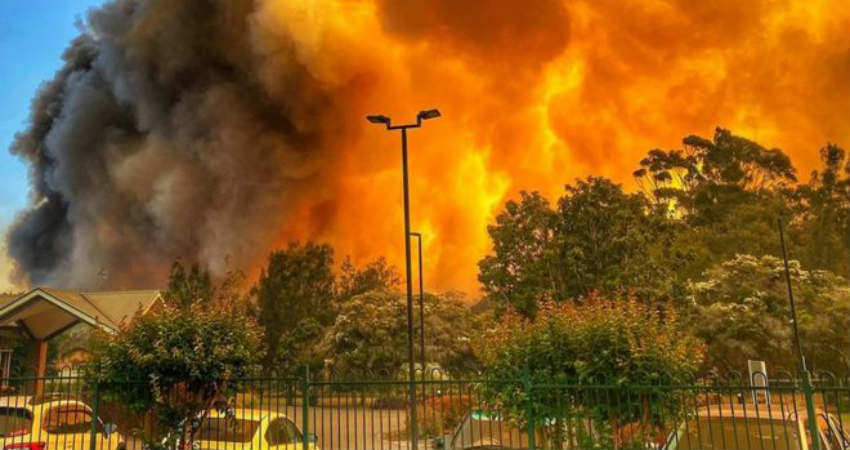 Australia is facing some massive bushfires and scientists are connecting this to increasing greenhouse gas emissions. Climate Change does not directly cause bushfires but it definitely can and it does make it worse. There are many factors that add to bushfires including temperature, humidity, fuel load, dryness and wind speed.

Australia has warmed by 1 degrees Celsius since 1910 and temperatures will see a rise in the future as well. Increased greenhouse gas emissions have only been causing the nation to get hotter. Meanwhile, hotter climate increases the number of days every year due to which there is high or outrageous bushfire chance.

Dry fuel load – the measure of scrub and woodland available to burn and has been connected to increasing emissions. Under the correct conditions, carbon dioxide acts as a manure that expands plant growth.

Dryness is progressively complex. Complex computers have not been able to discover a reliable climate change signal connected to rising Carbon Dioxide in the decrease in rainfall that has created the current eastern Australian drought. Be that as it may, higher temperatures speed up evaporation. They likewise extend the growing season for vegetation in many areas, prompting greater transpiration. The outcome is that soils, vegetation and the air might be drier than they would have been with a similar measure of rains previously.

The year coming into the 2019-20 summer has been abnormally warm and dry for many areas of Australia. Above average temperatures have become common and 2019 had the fifth-driest start to the year on record, and was also the driest since 1970. Australia recorded its hottest month in January 2019, its third-most blazing July and its most sizzling October day in certain zones, among other temperature records.