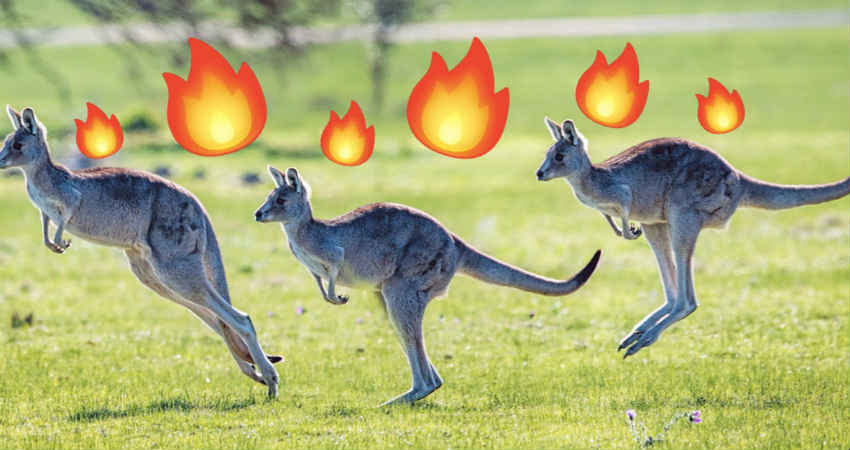 Australia has been reeling under extreme weather conditions and ta present it is the summertime for the southern hemisphere.

A ‘code red’ alert has been already issued for the extreme southern parts of Australia starting from today onward until Friday. The temperature is very likely to exceed 40 degrees and relief can be seen during the weekend only. Usually, during this time, the day temperature here in Australia is below 30 degrees but now the pockets are likely to even touch 44 degrees.

The forecasters have to say that the heat wave conditions will start from the western border of the continent by today itself and it will travel inland towards the east and by Wednesday, the heat wave conditions are very likely to establish over most parts of the southern region. Hence, we assume that coming Thursday and Friday could be the warmest days.

The Australian continent is surrounded by oceans, and there are three climate drivers for this continent.

El Nino, Indian Ocean Dipole (IOD) and Southern Annular Mode (SAM) are basically the three climate drivers. However, the El Nino in the Pacific Islands is not to be blamed and at present is in the neutral state. Whereas, during summers in Australia, the IOD weakens but this hasn’t happened yet. This, in turn, is bringing hot air from the Indian ocean and carrying the warm air from the west to east. Along with this, the impact is rising because SAM is also in an active state.

SAM is a sort of pool of air which at present is circulating and is throwing in some warmer air in the western and central pockets of the Australian continent and is a little better over the coastal stations.

The coupled effect of IOD and SAM is giving a large amount of heat wave. It has even led to drier summers and not much rainfall activity has been also witnessed.

Adelaide is expected to reach or exceed 40 degrees Celsius for four consecutive days, while Broken Hill and Mildura — which is predicted to hit 46C on Friday — are among several locations expecting five such days in a row.

Temperatures in the mid to high 40s are forecast for parts of South Australia, Victoria, Queensland and New South Wales, which is expected to also increase the bushfire risk.